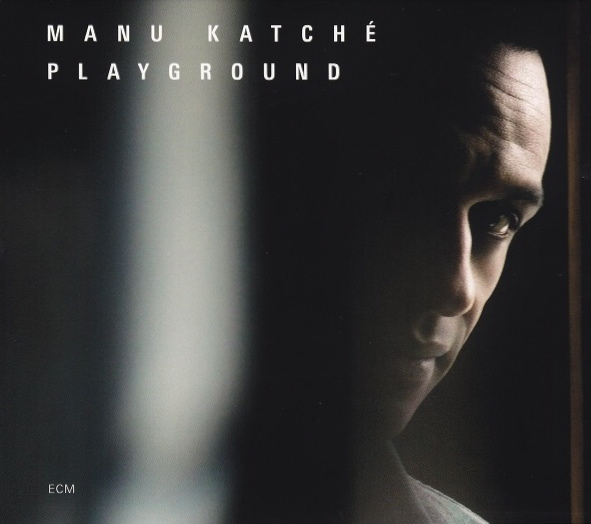 Playground is the spiritual successor to drummer Manu Katché’s auspicious ECM leader debut: Neighbourhood. Auspicious, because said debut practiced just the communal sort of sharing it preached. The lineup here replaces saxophonist Jan Garbarek with the multi-talented Trygve Seim and adds to its ranks trumpeter Mathias Eick—neither strangers to one another since their appearance on Iro Haarla’s Northbound. Rounding out the cast are two thirds of the Marcin Wasilewski Trio (bassist Slawomir Kurkiewicz and Wasilewski himself at the keys), as well as guitarist David Torn. Aside from the latter’s ambient contributions to its bookends, the album luxuriates in the all-acoustic interplay of Katché’s simple yet potent tunes.

Of those tunes, we get 11 artfully crafted gems, gradated from sunrise to sunset. From the first, there is a sort of lush Americana that pervades each smooth turn of phrase, swaying like poplars in anonymous urban landscapes—a result, perhaps, of these European jazzmen soaking in the spell of New York City, where Playground was recorded. Either way, one can hear the pulse of the city’s history in the underlying beat textures. In this regard, Wasilewski’s pianism is striking for both its sink and swim. In the album’s opener it acts as an intermediate force between Katché’s supporting brushes and Eick’s leading stare, while in “Song For Her” (and its variation, which ends the set) it enables reflective bassing, pinging like pachinko balls in slow motion. Here, as elsewhere, the horns build to the non-invasive sort of head at which Katché’s writing excels.

Tracks are designated by names that are as descriptive as they are simple. Most are relatively obvious. “Motion,” for example, moves flexibly. Noteworthy is Wasilewski, given free reign in one of the session’s strongest improvisational showings, of which there are a strategic few (others being Seim’s chromatic solo in “Inside Game” and Eick’s skyward lob in “Project 58”). Despite the groundedness of Katche’s drumming, there is always something airborne about the melodic front line, so that tracks like “So Groovy” showcase Katché’s multidirectional awareness. What distinguishes his grooves, then, is less their sense of push than of pull. Here, as in “Snapshot,” the music draws ocean waters like the moon. Whether piecing together the cymbal-happy backbone of “Clubbing” or paving the smooth runway of “Morning Joy,” Katché finds strength in his attractions to kindred spirits. They clearly take inspiration from him in kind, for by the end one feels the cycle ready to repeat for a third round.

The title of the second track, “Pieces Of Emotion,” describes it best: each fragment builds a larger mental whole, a place built on togetherness, listening, and, above all, synchronicity.