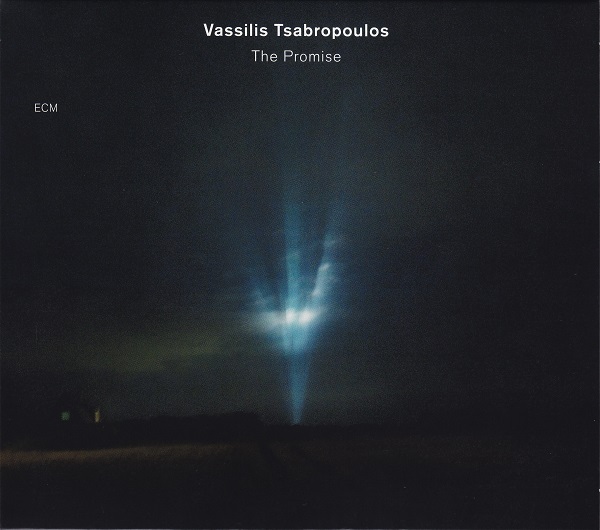 Vassilis Tsabropoulos’s sixth ECM disc proves that less is indeed more. The Greek pianist-composer offers 11 pieces of original and improvised material, most of it sketched just weeks before the recording session. As solo piano records go, this has none of the fire of a Keith Jarrett or the richness of a Richie Beirach, but what it foregoes in flourish it supplements with emotional fluency.

The album is tented by the first iteration and two equidistant variations of a song called “The Other,” the repetition of which links bed sheets like a child scaling from an orphanage’s high window. Enjoying the feeling of cool, damp grass between his toes, he looks around before taking that first fateful step into new life. Starlit and sweet, his face draws curtains with a single gaze, whispering a ghostly farewell. Between these support beams thrives an effective garden of ruminations, each with its own part to play. “Tale Of A Man” perhaps sees that same child grown into someone who has never forgotten the way his escape has shaped the here, the now, and the ever after. The left and right hands run parallel along opposite riverbanks, never touching across the watery path until they at last reach the ocean into which that river empties.

“Smoke And Mirrors” overlooks that calm, moonlit sea. Hints of dance drop their anchors and hold their vessel true in the afterglow of moonset, which registers as but a glimmer on the water. In “Pearl” Tsabropoulos jumps from that vessel seeking the titular jewel. He finds it not between two shells, but growing of its own desire to be held. And so he plucks it from the sandy floor, cradling it in a calloused palm to the surface, where eyes await to behold its beauty.

One might easily read such evocative associations into the program’s whole, but the music holds its own without them. Despite the fact that much of it follows the same formula, laying melodic improvisations over flowing ostinatos, one also feels spoken to in an honest, reflective way. In this regard, the title track is the heart of Tsabropoulos’s art. Other key moments emerge by way of the crystalline geometry of “Djivaeri” and the intensely cinematic “Promenade.” And Tsabropoulos’s ECM tenure bears traces on “The Insider,” which recalls Ketil Bjørnstad at his solitary best, while “Confession” moves mountains with its G. I. Gurdjieff-like meditation.

These are as much pieces of literature as of music, their language as vivid on the wind as it would be on the page. The recording is distant, seemingly on the verge of floating away, and suits the sounds as the sun suits the moon. At the risk of over-comparing, fans of Eleni Karaindrou’s soundtracks—indeed, The Promise reads like a book of lost dances from an Angelopoulos film—will not want to pass this one by. It’s a melodic oracle. In hearing it for the first time, we know that we’ve heard it before.