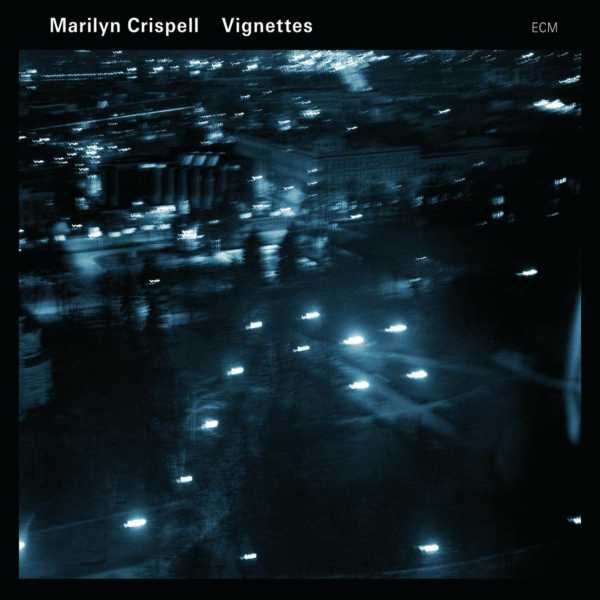 In the light of her successful trio albums for ECM, pianist-composer Marilyn Crispell brings jazz to its knees with a solo album of such shadow that descriptors run dry. Nominally, the reduction would seem to be just that: a paring of musicians from three to one, a nakedness of melody, a sparser palette. And yet, when “Vignette I”—the first of seven such improvisations strewn among a field of selectively prewritten material—casts its handful of stars into the night sky, the ripple effect is anything but restricted. Rather, this foray builds a grand emotion as only Crispell’s intersections of personal experience and growth can accommodate. Grounded by the occasional bass note, a floor to every ceiling, her introduction inhales as deeply as possible before draping its breath across the horizon. The six remaining vignettes capture details such as Crispell has never revealed before or since. Whether plucked like harp strings in rhythm with veiled footsteps (“Vignette II”) or tracing a vine’s path up an old stone wall (“Vignette VII”), she attends to every cell, reaching through muddy waters and touching the riverbed with her resolute sunbeams.

Above all, Crispell’s integrity is integral. As she labors between discomfort and resolution through the rubato oscillations of “Valse Triste,” navigates the pedestrian paths of “Sweden,” and places cross-sections of reminiscence under the dual microscope of “Ballade” and “Time Past,” an origin story begins to emerge. In “Gathering Light,” too, her mystical touch reigns. By the eddying currents of her left hand, she guides the school of fish evoked by her right, that its spiritual purpose might break shore and take root on land. Even in her most abstract moments (cf. “Axis”), Crispell’s feel for geometry is so genuine as to be irrefutable, and at her most somber (“Little Song For My Father”) she chains whispers of respect and love, allowing empty spaces to do most of the talking.

Rounding out the set are two artfully placed interpretations of others’ works. “Stilleweg” is by Norwegian trumpeter Arve Henriksen, and is an airy dance with a folkish quality. It is the other, however, to which I would focus your attention, for “Cuida Tu Espíritu” (Take Care of Your Spirit), by flutist Jayna Nelson, is one of the most transcendental piano works ever recorded for ECM. Crispell inhabits its every architectural nook and cranny, the staggered relationship between her fingers serving to magnify the holy vision at their tips.

Vignettes is both pure Crispell and Crispell at her purest. It holds its own alongside any Keith Jarrett album and is just as indicative of genius. An ECM “Top 10” candidate, for sure. Do yourself a favor and find out if you agree.