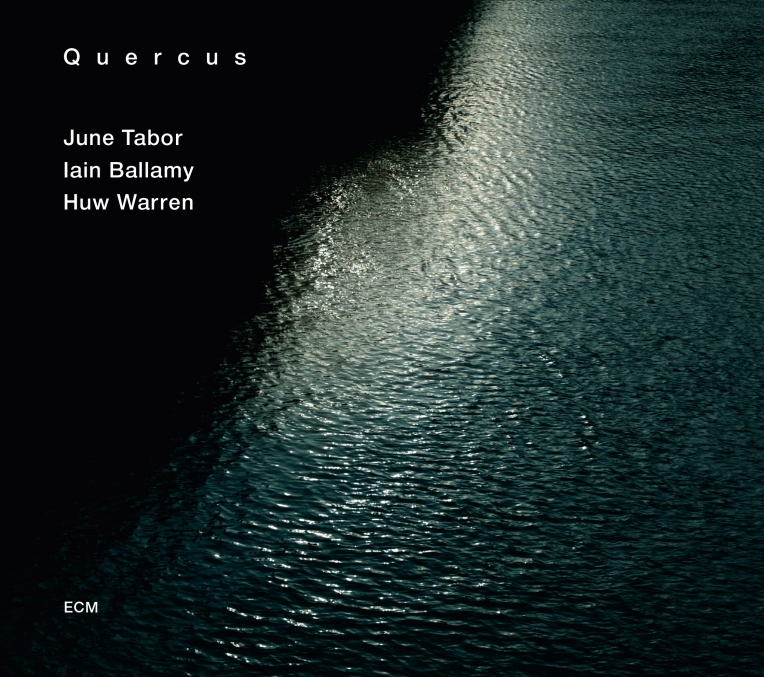 Quercus names both the debut album and trio composed of folksinger June Tabor, pianist Huw Warren, and saxophonist Iain Ballamy. The word is Latin for “oak,” but the image implies more than rootedness, embodying the full arboreal essence of this somber collection. Indeed, Tabor’s voice is the very wood of the forest, and invites the instrumentalists along its democratic path of music making. 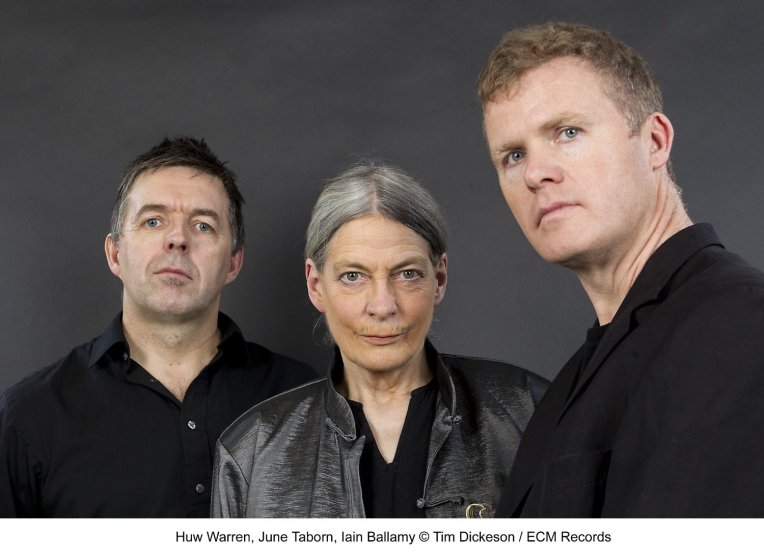 These words, by Scotland’s national poet Robert Burns, ease us into a running theme: love as a salve for all ills. From the last line comes the title of the song, which Tabor sings with little affectation, save the emotional veracity of her diction, while Ballamy harmonizes, doubles, and cradles her by turns. He and Warren carry on the melody, unraveling finer implications behind the text with understated precision. This formula proves effective hereafter and works especially well in the iambic pentameter of Shakespeare’s “Twelfth Night,” from which is excerpted the lyrics of “Come Away Death,” in Ballamy’s own arrangement, and for which Tabor digs into her chest voice to tease out the Bard of Avon’s gravelly truths. It is a quality she employs selectively, as in her unaccompanied version of “Brigg Fair,” turning a normally airy song into ash. Ballamy further provides music for “Near But Far Away,” in which he seems to channel jazz legend Charles Lloyd in this melodious, if cautionary, tale that is one of the album’s finest. “As I Roved Out” completes the selection of traditional songs. Like a fantasy made actual and turned back into fantasy, its scrim bears the scars of transformation:

“The Lads In Their Hundreds” couches the WWI poem by A. E. Housman in music of English composer George Butterworth. With the austerity of a Ken Loach film, it draws black where only green once thrived. The musicianship brings an eerie sense of calm and offsets morose imagery of young soldiers going off to war, only to die as anonymous placeholders of unwritten glory. To this elegy Warren responds with “Teares.” The John Dowland-inspired piano solo blends pointillism and sustain, for all a windswept pasture. Subsequent vignettes evoke faraway deserts (“Who Wants The Evening Rose”), the naïveté of love’s first kiss (“This Is Always”) and, in “A Tale From History (The Shooting),” the drama of remembrance. The latter, a true song of songs, features words and music by Irish singer-songwriter David Ballantine. Tales from history line our breath, goes the rhyme. Start with passion, end in death. The promise of retribution lingering in these mor(t)al variations finds fulfillment in the closing “All I Ask Of You,” by American spiritual leader and hymnist Gregory Norbet. Here Ballamy’s introductory soliloquy strikes a balance of prosody and poetry, and holds on to its melody as one in prayer might grasp a rosary. The flowing changes in instrumental color unexpectedly come together with Tabor in the final moments, oneness above all.

Like the three Robin Williamson discs before it, Quercus expands ECM’s unique interpretive folk niche. Although recorded live at The Anvil in Basingstoke in conclusion of a 2006 UK tour, it wasn’t released until 2013. The seven-year lag seems appropriate, for the trio had been together seven years before turning the microphones on. It’s as if the songs were doubly aged so that they might reach our ears at peak flavor and consistency, pushing us along the way into the darkest crannies of the human experience even as they lift us from those depths in want of light. Each is the shadow within the shadow, a space where dreams and realities intermingle until one cannot be pulled apart from the other.

(See this article as it originally appeared in RootsWorld online magazine, where you may also hear a sample track.)