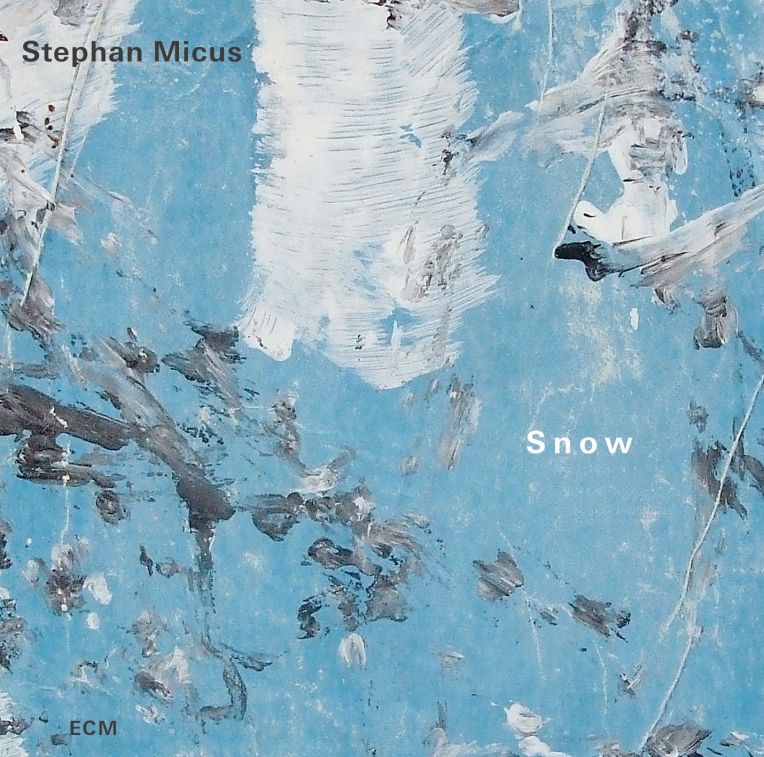 For his 18th ECM meditation, German multi-instrumentalist Stephan Micus goes deeper into his travels, into his technique, and into himself. Among his usual bevy of means, the Armenian double-reed duduk—last heard on Towards the Wind—is now a central energy field, its song a balance to the cold. “I’ve always regarded snow as the essence of magic,” notes Micus in this album’s press release, and his impressionistic view of one of nature’s most enigmatic phenomena shines through with a glow all its own. The title track likewise harbors many warm bodies, despite the wintry theme. Two doussn’gouni (a West African harp that Micus debuted on Desert Poems), along with various gongs and cymbals, give the duduk a gentle berth for travel. Guided by breath, not oar, its intense presence rides toward frosty shores, singing of the ice as gateway and kissing the land with its solemnity. Also retained from Desert Poems is the sinding, another West African harp that blends with steel-string guitar, hammered dulcimers, and an ever-growing chorus of voices in “Sara.”

The duduk continues its tender mission across a “Midnight Sea” (accompanied here only by Bavarian zither) and into the arms of “Madre.” The latter speaks further in the language of strings and mallets, and both mix the reeds spatially, so that notes scale from left to right as they ascend. The album’s final track, “Brother Eagle,” features the bass duduk. Along with two sinding and fifteen voices, its near-ghostly sound feels spun from the very earth of which it chants. This marriage of glitter and darkening cloud, of moonlit sailing and glorious dream journeying, advances its subterranean walkabout lead by shadows toward the promise of sunrise.

Making its debut at Micus’s fingertips is the charango, an Andean double-stringed ukulele popularized by Argentine composer Gustavo Santaolalla. “Nordic Light” is a solo for the instrument, which in this context sounds more like some miniature koto that evokes its aurora with understated flame. Another solo begins “For Ceren and Halil” before being joined by seven more charangos, duduk, nay, sinding, and five hammered dulcimers in an eddying current of leaves and time until they reach the waterfall that makes one of them all. The album’s sole remainder is “Almond Eyes” (11 voices, steel-string guitar, maung), which offers some of Micus’s most impassioned singing yet.

It bears noting that the cover of Snow was painted by father Eduard Micus (1925-2000), a gestural painter who shaped his medium as his son shapes sound. It’s a naked glimpse into the musician’s upbringing, and proof that life is indeed a river that, once frozen, simply awaits the thaw of another realm.