Restored! Returned! The lost are borne
On seas of shipwreck home at last:
See! In a fire of praising burns
The dry dumb past, as we
Our life-day long shall part no more.
–W. H. Auden, “Warm are the Still and Lucky Miles”

Norwegian pianist Tord Gustavsen, who prior to Restored, Returned released three of ECM’s most beloved trio albums, now adds to that tapestry the lyrical threads of saxophonist Tore Brunborg and, in her first appearance on the label, vocalist Kristin Asbjørnsen. Gustavsen, who additionally switches out bassist Harald Johnsen for Mats Eilertsen and holds on to drummer Jarle Vespestad, styles the album as a “collection of cherished memories” rather than as a unified whole and consequently backgrounds himself a little in order to let his collaborators glow unobstructed. 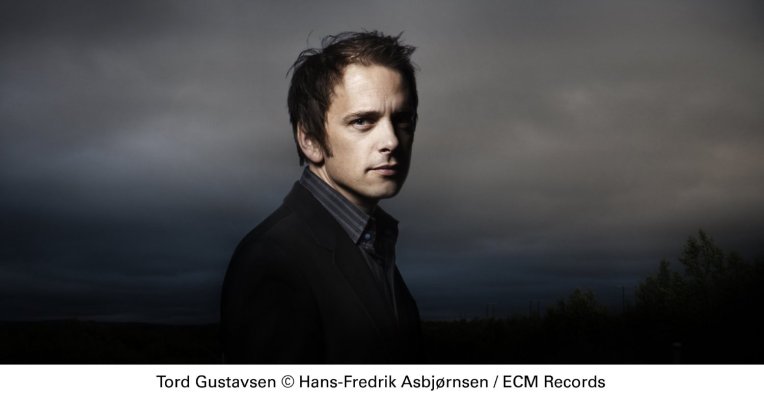 Although a fascinating addition to the Gustavsen nexus, Asbjørnsen’s rendering of poetry by W. H. Auden may guide listeners down forking paths. Her tone is closest to Sweden’s Karin Dreijer Andersson (best known for her associations with Röyksopp): which is to say, an enchanting mixture of childlike vulnerability and strength beyond her years. With the very balance of clarity and mystery that Gustavsen attributes to Auden’s verses, Asbjørnsen engenders a chain of invitations to higher understandings of the same. Which is perhaps why the album more frequently concerns itself with wordless poetries in the form of intimate cradlesongs. Some, such as the three so-called “Left Over Lullabies,” are more obviously of this kind. In them, Asbjørnsen emerges gently, organically, gathering nebulous strands into themes, which Brunborg then unpacks in riverbed flow. In these instances, Asbjørnsen’s grammar is entrancing and works best when she adlibs with Gustavsen alone, crafting melody out of her own stardust rather than ink on the page. Other lullabies—namely, “The Child Within,” “Spiral Song,” and “The Gaze”—have reeds in mind. In all three, the piano spins a cocoon of introduction, letting Brunborg’s motives break wing of their own accord.

The surrounding songs dip forthrightly into the poetic font. Whether in the gospelly “Lay Your Sleeping Head, My Love,” the folkish diptych of “The Swirl / Wrapped In A Yielding Air,” or the fully developed “Your Crooked Heart,” Asbjørnsen’s throaty delivery feels grounded in love at every moment. She embraces daybreak through Auden’s words, touched by supporting musicianship that finds power not in strength but nuance of force, a force by which the expressive minutiae of experience drink sun without fear of cloud. The title track is likewise a stirring of photosynthetic impulses, growing by a season that abides by its own philosophy of recovery.

For those new to Gustavsen, start at Changing Places and work your way here. Like the fully improvised instrumental “Way In,” his art builds doorways of entry one cell at a time, so that by the time the full body is born, we are already a part of it. The songs may indeed be isolated, but they also yearn for continuity with past and future voices, holding scriptures on the tongue for grace of unity. This journey is far from over.