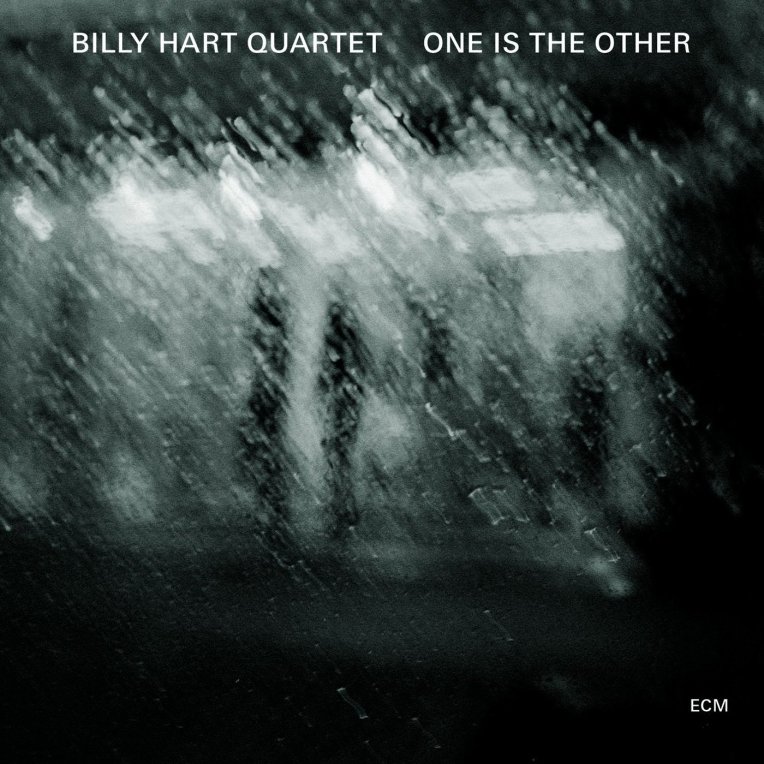 It is like jigsaw pieces on a mission that tenorist Mark Turner, pianist Ethan Iverson, and bassist Ben Street have fallen into place around master drummer Billy Hart, with whom they return for a second ECM round. One Is The Other is therefore a manifold title for the achievements of this unique quartet. Not only does it imply something shared among the musicians, but also emphasizes the ways in which their individual voices interlock. With freshness of voices and depth of spirits, they ply an ancient trade of intergenerational communication. Teaching and learning occur in both directions. This sense of equality pervades every exchange.

Turner contributes two tunes, including the flowering opener, “Lennie Groove,” in which so much of what happens is indicative of what follows. A geometric intro from Iverson gives way to the rhythm section’s smooth entrance and the composer’s own tenor arcing into focus. Solos are tasteful, keenly attentive to Hart’s timing and, above all, sincere—not a shade of pretention within earshot. The gorgeous “Sonnet for Stevie,” which reappears on Turner’s leader date, Lathe of Heaven, is even more intimate here than it is there. Anchored by soft two-part harmonies from Street and Hart’s glittering cymbals, pianist and reedman stay a course that cares little for arbitrary destinations. Iverson counters with a deuce of his own, of which “Big Trees” ends the album in style. The textural brilliance of Hart’s intro betrays little of the slippery groove that unfurls in its wake. Especially noteworthy are Turner and Iverson’s solo, which despite being their most abstract of the set are also their most grounded. Hart also blushes us into “Maraschino,” an endearing track made all the more so for its vulnerability. One can hear every process at work. This is no small feat.

Hart offers up a triangle of originals. Beginning with “Teule’s Redemption,” a groovier affair with turn-on-a-dime interaction between him and Turner, pushing on through the cymbal-splashed energies of “Amethyst,” and ending in the urban vibe of “Yard,” these tunes comprise a mini album in and of themselves and highlight the consummate skills of everyone involved. Top it all off with the cherry of “Some Enchanted Evening” (from the Rodgers and Hammerstein musical South Pacific), and you’ve got yourself quite the confection to savor.

People often talk of artists being in their “prime.” Hart, however, proves that it’s as much a matter of revealing as knowing yourself. Indeed, here is a peacock with plumage fully fanned and ready to play.

(To hear samples of One Is The Other, click here.)