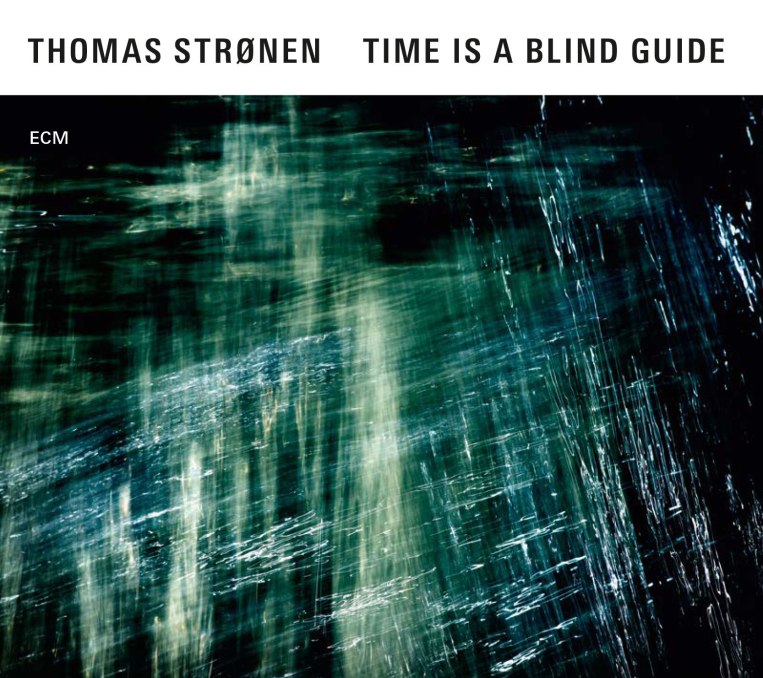 At night, a few lights marked port and starboard of these gargantuan industrial forms, and I filled them with loneliness. I listened to these dark shapes as if they were black spaces in music, a musician learning the silences of a piece. I felt this was my truth. That my life could not be stored in any language but only silence; the moment I looked into the room and took in only what was visible, not vanished.
–Anne Michaels, Fugitive Pieces

Thomas Strønen follows in the ECM tradition of path-defining artists. Even if that means straying from the path one has already defined. Such is the modus operandi of the Norwegian drummer and composer, whose neural wanderings speak in soft bursts of ideas and creative directions. His relationship with the label began on 2005’s Parish, a leader debut whose acoustics stand apart from the electronic flights of his next three albums—Quiet Inlet, Mercurial Balm, and This is not a miracle—as part of the roving collective that is Food. In a recent interview, I asked Strønen to elaborate on how the band came together for this particular recording.

“The ensemble started when I was commissioned to compose a concert by Fiona Talkington (BBC Radio 3), who at the time was curating a concert series called Conexions. The concept was to bring UK musicians to Norway to collaborate with Norwegian musicians. While brainstorming with Fiona, I landed on these particular musicians. Some of them I knew from before and some of them I had never played with. The plan was always to only play this one concert, but it ended up being something musically new to me, as well as a lovely combination of people, so I decided to continue the adventure.”

Connections indeed nourish the lifeblood of this music, which in the network of its composer’s venation flows through human experiences, and beyond them into experiences of the human. Such flexible dichotomies are fully operational on Time Is A Blind Guide, yet another turn of the Strønen prism that reveals fresh hues of collaboration. Beyond departure, it is also integration, as the bandleader explains to me when I ask about its distinctions:

“This particular ensemble combines three constellations in one: it’s a piano trio, a string trio, and a drum trio. It’s an all-acoustic setting with more through-composed material than any other band I’ve ever played in. It’s a cross between a chamber ensemble and a jazz group, and the music was specially written with these musicians in mind. In a record industry struggling to survive and adjust to new ways of treating music (technically and economically), ECM still manages to be an important voice. To me, the release of Food’s latest record and this one shows how open-minded Manfred Eicher and his label are (and always have been).” 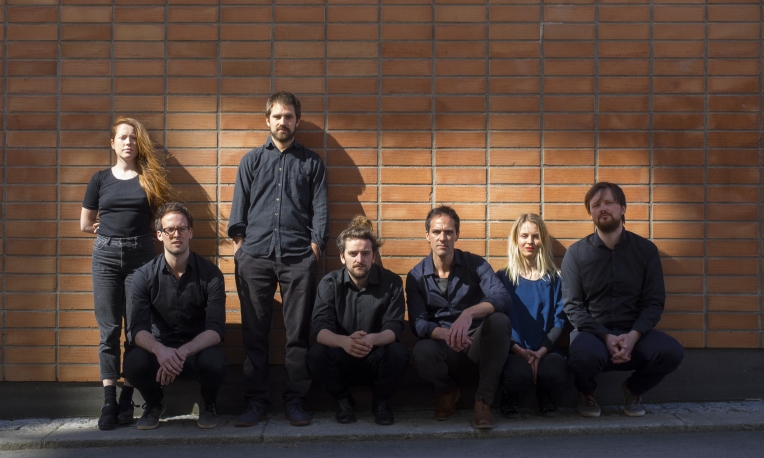 Strønen’s characterization of ECM is no small one to consider when approaching Blind Guide as an historical experience. For while it mines some igneous influences, it also draws light from aboveground into its balances. One might, in fact, say it’s his most cosmic record to date—all the more impressive when you consider the acoustic matrix in which it is based. As “The Stone Carriers” breaks the five seconds of silence that begin every ECM album, the sensation is of a comet reversing its trajectory to interstellar origins. From this diffuse texture coalesces a steady bass line, and with it the promise of a full groove going forward. Violinist Håkon Aase is an obvious defining presence from the start, one to listen for as the album progresses.

As one track break sets me up for the next, I can’t help but feel the album’s literary nature. Did Strønen have any particular stories, books, or narratives in mind while making it?

“While writing most of the music for this album I was (re)reading Canadian author Anne Michaels’s novel Fugitive Pieces. It’s a poetically written book in which language is as important as the actual storytelling. I’m not sure how much this affected my actual composing, but it set me in a state of mind and inspired me to use some words and sentences as titles for the pieces. The band name is the book’s first sentence.”

Alternatively, one might call this music cinematic in character, as if it were a soundtrack in search of images. Strønen, in his fashion, is amenable to the idea but also has his own:

“I tend to think less abstractly about my own music, as it is the result of a longer process from drawing board to recording session. The term ‘cinematic’ is versatile, and if the music brings associations to other art forms, I appreciate it. But it means something different to me. When I listen to my own music (something I seldom do), I seek ways to develop and improve. I enjoy working with various media and have been composing for theatre, film, and dance. These are areas I would like to explore more and I would be happy to see this music used in a movie score.”

Beyond associations with extra-musical art forms without context, I am further tempted to place this album in the grander realm of its ECM associations. In particular, I am tempted to draw threads of continuity back to the works of Jon Balke’s Batagraf (cf. the percussive interlude “Tide”) and Christian Wallumrød (“Everything Disappears”). I ask Strønen if these similarities are coincidental:

“My writing carries the weight of my experiences in my (musical) life. ‘Tide’ is a baka, a drum signal like the ones used in West African Wolof music. The difference is that ‘Tide’ compositionally goes through a special combination of time signatures and rhythmic modulations, while the original bakas are less metrical. I got introduced to Wolof music while traveling to Gambia together with Jon Balke and other musicians. I like Batagraf and worked with them in my own drum ensemble, Extended Ground. We have different approaches to drum music compositionally, but share some of the same aesthetics. I grew up listening a lot to European jazz and improvised music in my early years as a player. But I’ve also discovered treasures in the American jazz tradition, Japanese classical music, West African music, electronic music, and European and American minimalism. All of these have inspired me in many ways.”

Despite any lack of overall genre affiliation, artistic intent is the constant glue of Blind Guide. The extreme tactility of tracks such as “Pipa” and “I Don’t Wait For Anyone” invites the listener to be a piece of the puzzle. Melodic currents held by pianist Kit Downes are remarkable, complementing Strønen’s palette with comforting ease. At times, a silver-tongued violin regales with stories of long ago, moving in tandem with bass and percussion toward the attainment of conversational magic. In concert, these instruments move like a Rubik’s cube until colors begin to orient themselves along uniform sides.

Whether activated by chance or circumstance, the motivic gestures of “The Drowned City” feel as inevitable as the progression of time, thus intuiting the project’s title. Watery gongs and other submarine percussion give visuality to a lost civilization, while cascading pianism is the only indication of the grandeur that once thronged its avenues. “Lost Souls” treads a fraternal archaeology, matching the thread of a bowed string with the thicker rope of drums.

In light of these impressions, one may feel like this music is rooted in the ancient past even as it looks to the future. Strønen’s view is humbler:

“The music simply reflects my interests and my ideas of music. If I manage to create something some define as new, that’s great, but I’m not very concerned about having to create something that hasn’t been made before. There’s so much good music being made all the time and the last thing we probably need is more music. Still, we discover new elements or perspectives and many of us have a need to pen them down and try them out. So I guess it’s not a conscious choice, but more of a natural process.”

The title track demonstrates this organic quality in spades. Anchored by percussion, persuasion, and persistence, its steadiness is dotted with details in relief: a flower for every stem. “As We Wait For Time” further engages the subconscious with its thoughtfulness, violin and piano phasing like two reflections in search of the same radiance.

That being said, conscious connections to material lives do matter, as in “Everything Disappears (Pt. 2),” a quiet drum circle that bears dedication to pianist John Taylor, with whom a project was in works at the time of his death. But in the end, it’s the droplets of notecraft in “Simples” that belie the album’s oceanic casting, and unravel its hidden fortress of dreams.

As one immediately involved in both the recording and production of this album, Strønen has touched nearly every aspect of its growth from idea to digital reality. Blind Guide is a Polaroid snapshot of the serendipity that pulses through his musical universe, shaken to the beat of an unseen heart for want of an image that can only be your own.