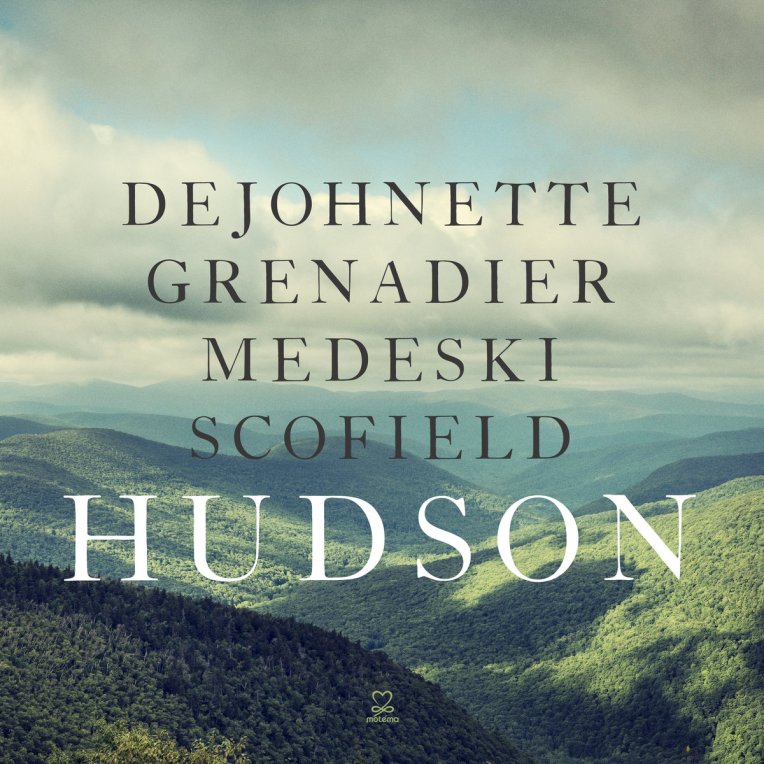 Although Hudson derives its title from the valley of the same name, don’t expect the swaths of greenery shuffled across the album’s cover. Its influences are less environmental than musical, the 1969 Woodstock Festival being a central theme.

Of all the greatness at play, most organic is the balance of backward and forward glances. Jack DeJohnette’s drumming references Tony Williams— honored by John Scofield’s original “Tony then Jack”— even as it ignites fresh hearths with that same torch. Larry Grenadier draws on the electric bassists who inspired him through his acoustic wonders, building an anticipatory language distinctly his own. John Medeski on Rhodes hints at electric Miles Davis even as he maps uncharted atmospheres at the piano. And guitarist Scofield, who recorded with Davis, brings that classic vibe into the 21st century, pulsing with abiding love for rock and blues. His other contribution, “El Swing,” is a modal gem frontlining his restrained fire. DeJohnette pens three: “Song for World Forgiveness” aches with beauty, not least of all through Scofield’s lyricism; “Dirty Ground” (written with Bruce Hornsby) features him singing with gritty sincerity; and in the final “Great Spirit Peace Chant,” wooden flutes, percussion and voices leave us holding a feather of ancient ways.

Much of this album, though, polishes gems of folk-rock until they glisten anew. Bob Dylan’s “Lay Lady Lay” and “A Hard Rain’s A-Gonna Fall” are replete with masterful exchanges. Joni Mitchell’s “Woodstock” moves in seamless retrograde while a reimagined “Wait Until Tomorrow” (Jimi Hendrix) emotes with bluesy abandon. On the same level is Robbie Robertson’s “Up on Cripple Creek,” which mixes its ingredients in all the right ways.

Like-minded gravity attracts us first, however, to the opening title track, an 11-minute improvisation that puffs up like four dinner rolls baking in fast- forward. This is musical comfort food, the abstractions of which are butter on the nooks and crannies.

(This article originally appeared in the October 2017 issue of The New York City Jazz Record, a full PDF of which is available here.)