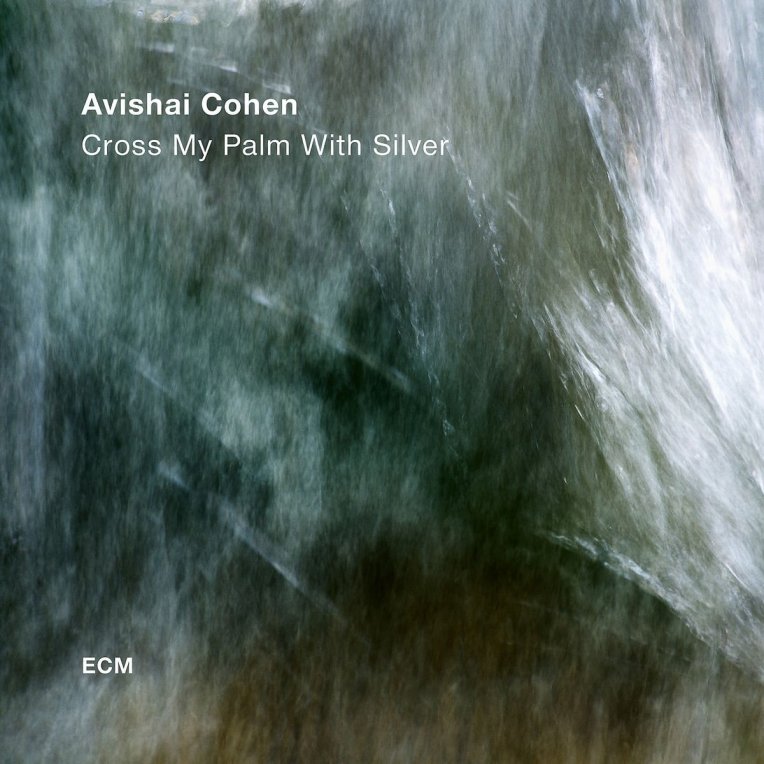 One can always count on being in the moment when experiencing an Avishai Cohen record. The Israeli trumpeter proved as much when he made his ECM debut with 2016’s Into The Silence, from which he now journeys forth with this set of five originals in tow. Cohen calls the quartet assembled here—with pianist Yonathan Avishai, bassist Barak Mori and drummer Nasheet Waits—his “dream team” and the distribution of energies throughout Cross My Palm With Silver confirms it.

Although politically engaged, Cohen’s style of personal reflection takes two inward glances for each outward. The result is that he and his bandmates invariably end up in vastly different places from where they began. They carry impressions to lucid ends, all the while achieving delicate infusions of seeking and finding. “‘Will I Die, Miss? Will I Die?’” epitomizes this philosophy in an intimacy deepened by engineers Gérard de Haro and Nicolas Baillard. One may choose to focus on the melodic convergence of trumpet and piano, but greater subtleties are found beneath: bass is the heartbeat of this musical organism, drums its neural pathways.

The declamatory tenderness of “Theme For Jimmy Greene” feels all the more heartfelt for setting up the piano-less “340 Down.” The latter stumbles but never falls, balancing its tray of motivic possibilities all the way to its destination. “Shoot Me In The Leg” bleeds with Cohen’s most dynamic playing on the record. He moves through changes as fluidly as fast-forwarded footage of clouds. Waits works off Cohen’s fluttering calls, as bass and piano move with varying degrees of angle. The backing trio has a gorgeous aside before Cohen’s final word. “50 Years And Counting” finishes the album with invigorating openness, giving Cohen all the space he needs to work out his expressive alchemy. All of which makes the album’s title that much more enigmatic, for his tone, if anything, is golden.

(This review originally appeared in the September 2017 issue of The New York City Jazz Record, a full PDF of which is available here.)