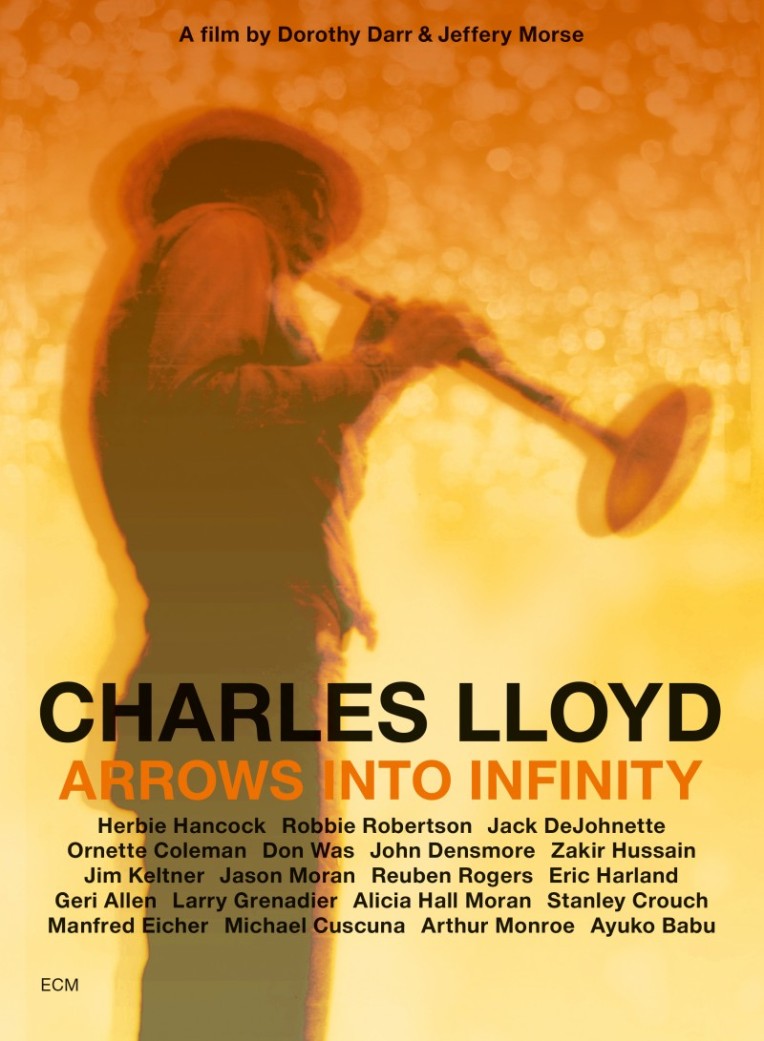 Oh, Forest Flower tell me, do.
How can I become like you?
Indifferent to the sham
That always changes and rearranges who I am.

From the Mississippi to the Hudson, rivers have run their courses through the life of Charles Lloyd. Like the 1938 flood in Memphis, Tennessee during which he was born, those waters have broken the levees of his soul, loosening sediments of buried pasts. With archival care, filmmakers Dorothy Darr and Jeffery Morse dust off and piece together as many of these as they can into a narrative of interconnected branches. Grafting these to the same flowering tree, they offer us an unparalleled glimpse into one of jazz’s most shade-giving griots.

The trunk of this story roots itself in biographically rich soil. From under the wing of Phineas Newborn, Jr., Lloyd emerged holding the feathers of others who walked before him. Like rhythm in Charlie Parker’s purview, he was liberated to articulate the minutiae of jazz traditions with a voice that was more than personal: it was organic. From moving to New York City, where Booker Little peeled away the Big Apple’s skin for an easier bite, and where he jumped into the pond of Chico Hamilton’s band, to the path of illumination he now walks, there’s more than a lifetime’s worth of creative impulses to map along the canvas of our wonder. Here’s an artist who offered his future at the altar of what came before, treating character not as a calling card but as manifestation of inner life. Although typically associated with the tenor saxophone, Lloyd began as an altoist. He only switched to the deeper cousin at the urging of John Coltrane and Sonny Rollins, who understood its range and possibilities. The suggestion was well taken, and Lloyd found himself once again broadening his wingspan. On stage with guitarist Gábor Szabó, in whose band Lloyd’s own compositions took flight, he developed more than a sound but a presence. After a brief stint with Herbie Hancock at Slug’s, then recording the album Of Course Of Course for Columbia (a reunion with Gabor that included Carter and Tony Williams), he joined forces with Keith Jarrett, Cecil McBee, and Jack DeJohnette. Hence, a creative explosion—if not also an implosion, as the sound was so introspective. 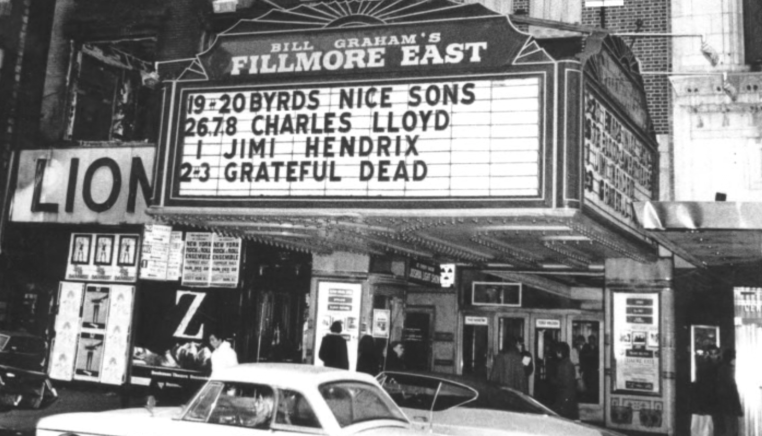 Lloyd soon found himself on bills with Grateful Dead (who were big fans) and Steve Miller, among others, and consequently drew appeal from younger audiences, kicking off a period of international touring and recognition. Along the way, he marked his trail with the classic Forest Flower (recorded live at the Monterey Jazz Festival in 1966), stopping also in Tallinn, Leningrad, and Moscow to great fanfare (people applauded so long, DeJohnette recalls, they had to be stopped by authorities). In the face of a quick rise to notoriety, Lloyd was resolutely concerned with freedom, breaking racial, cultural, and artistic barriers at a time when Vietnam, social unrest, and the civil rights movement were swirling in the public imagination. He was on his way to becoming an artist without geographic or spiritual boundaries who played the note that should be played. 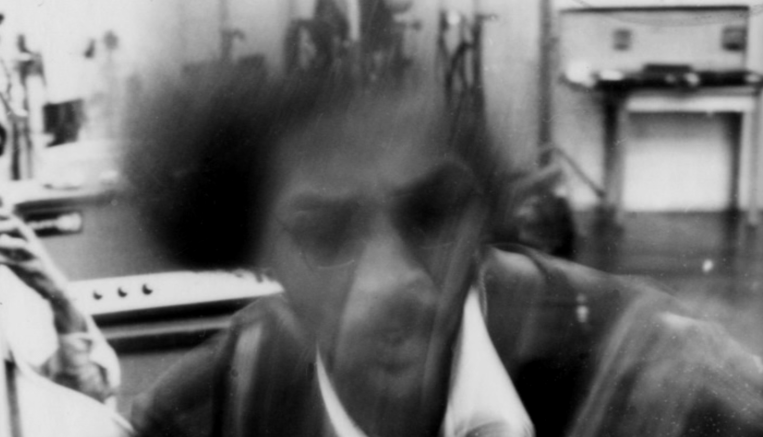 And yet, after such adventuresome projects as his Moon Man opera and a recording with the Beach Boys (Warm Waters), he feared becoming a product in and of an industry that demanded of him a “boring retelling of the truth.” All the while, he was searching for a “holy grail” in the music that was to be his salvation and his light. Disenchanted by the false gospel of stimulants, and with the music business in which they proliferated, he felt he owed a “debt to the tradition” and exiled himself in Big Sur to recalibrate his spiritual compass. For someone who, as Hancock put it, was “brimming with love,” it came as a difficult but necessary decision. 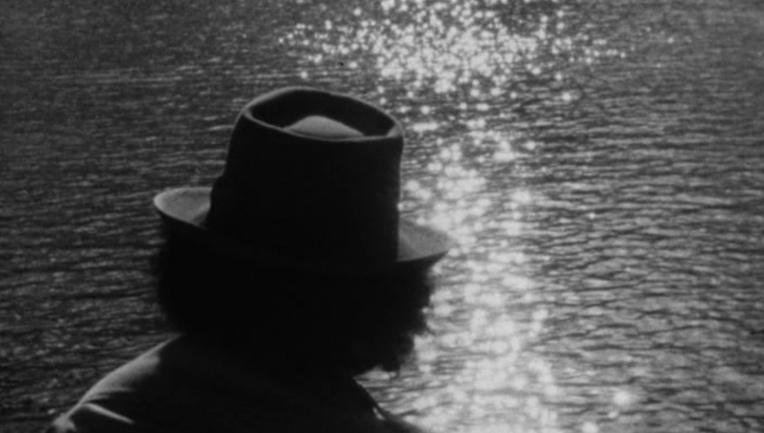 During this period of reflection, he often played music outside, in response to (and in conversation with) nature. He sometimes shared performance spaces with actors and poets in California, all the while “uninvited” to the jazz circuit. While the world was waiting for a comeback, artist Dorothy Darr was finding inspiration in his music for her painting. Having first met him in 1968, she saw in him an unrivaled depth of expression, a beauty without and within. In light of this, we may read this film also as a love story, of which music is but one leaf. 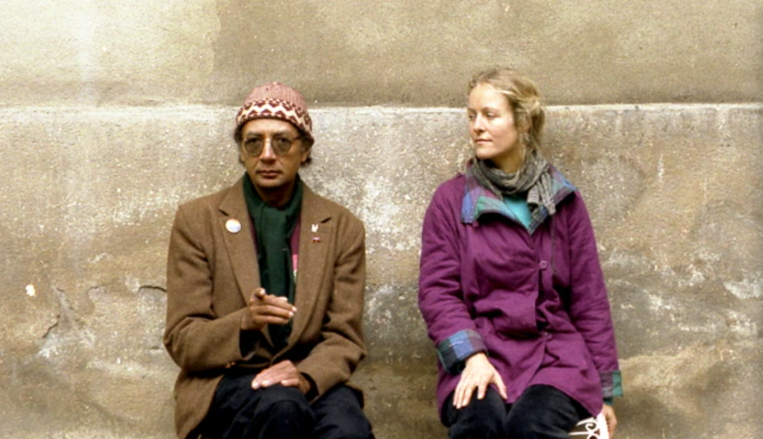 Then came the historic ECM debut with Bobo Stenson, Palle Danielsson, and Jon Christenson. Producer Manfred Eicher describes their encounter in the studio as an “innocent first meeting.” 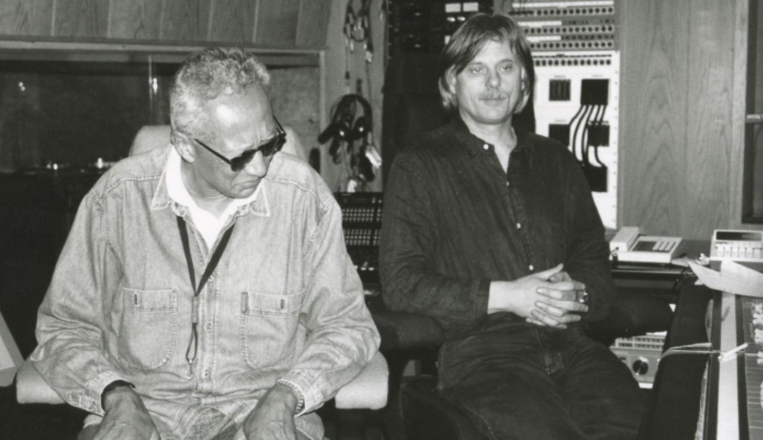 Thus began a period of rejuvenation, including travels to India and the formation of Sangam with Zakir Hussain and Eric Harland, with whom he expanded his feel for the living flesh of improvisation. In the 1990s, Lloyd and Billy Higgins reconnected for the first time in four decades, first in their Acoustic Mastersrecording on Atlantic, later in their masterful Which Way is East. Higgins was adamant about putting his dear friend back into the public forum, never hesitating to remind Lloyd that he was a conduit in service of higher power. The band with Jason Moran, Reuben Rogers, and Eric Harland (documented on Mirror) is another vital ECM touchpoint by which is articulated the importance of trust. To that end, Moran tells us that Lloyd represents something that is almost extinct. Whatever that something is may differ from one listener to the next, but to my ears it’s an underlying humility that burns like a pilot light in the depths of his horn. If life is a cycle, then it is made of endless others. As if to confirm that philosophy, Eicher calls Lloyd an “artist in progress,” Geri Allen a “free perfectionist,” and Ayuko Babu one who transmits energy and joy to understand pain. However we choose to characterize him, he is one who plays that which he alone cannot articulate. Hence the importance of us the on receiving end to absorb his melodies like the food they are. 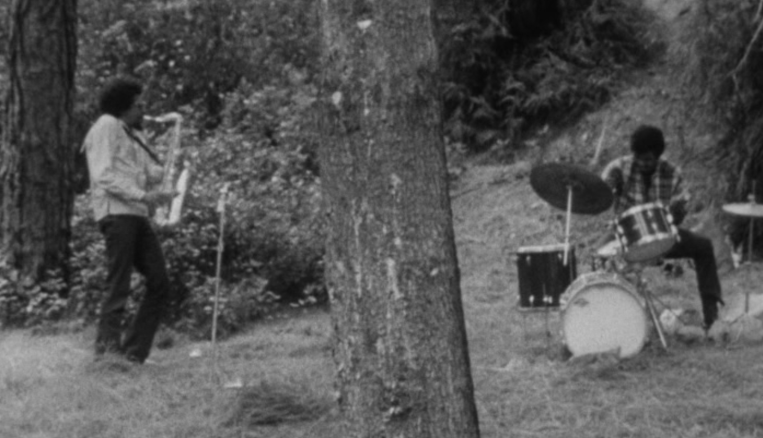 Of all the images in this film, an enthralling clip of Lloyd improvising with DeJohnette in a forest stands out for its unbridled expression. It emphasizes the destructive tendencies of nature, swallowing their music down a throat of wind and light. And yet, their expulsions linger in the heart long after the inevitable fade, for we carry them as echoes of unrepeatable moments. It’s a sobering reminder that our hearts are the most indelible archives of all, gateways into understandings without end. Perhaps, as Lloyd says, you can’t shoot an arrow into infinity if you’re always in motion, but his music shoots arrows into us until we are still.