Ketil Bjørnstad
A Suite Of Poems

Following his song cycles Vinding’s Music and Sunrise, pianist and composer Ketil Bjørnstad expands his ECM presence once again with new settings, this time of words by Norwegian-Danish author Lars Saabye Christensen. Christensen’s verses, written in different hotel rooms and sent to Bjørnstad from around the world, seem destined to take form as the humbly titled A Suite Of Poems presented here.

Bjørnstad’s characteristic feel for texture, mood, and atmosphere is in peak form. In contrast to, say, his duo albums with cellist David Darling, which despite their sparse instrumentation speak of vast landscapes, now the spaces offered to us are astonishingly intimate. Quintessentially so is program opener “Mayflower, New York,” which paints a city recently kissed by rain and the lone tourist moving his pen in its sprawl. Like “Kempinski, Berlin,” it’s filled with small moments, each more personal than the last, as our proverbial traveler balances depth and weightlessness through the music itself. A perennial theme of travel is, of course, explored throughout the album, but so is its inextricable relationship to temporality. In “Duxton, Melbourne,” a tender musing on life’s unstoppable progression, vocalist Anneli Drecker winds her voice around hesitations, missed opportunities, and empty calendars to insightful effect. 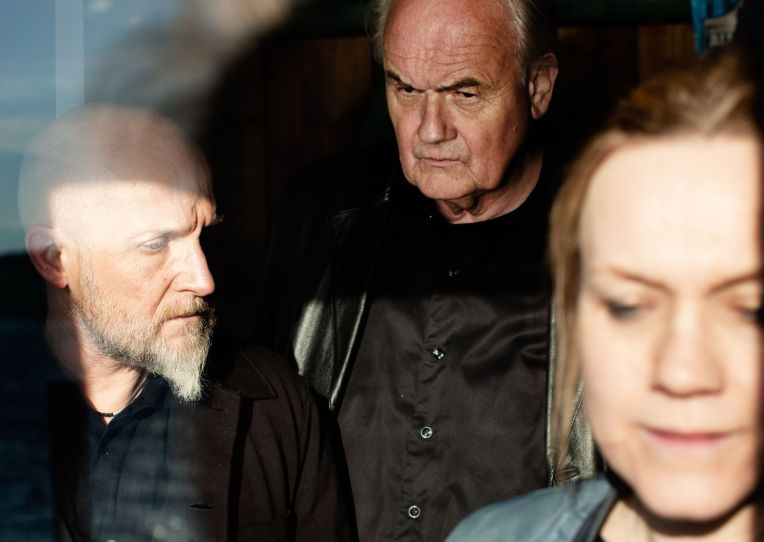 The fatigue of travel is also likened to time passages, and nowhere so poignantly as in “Palazzo Londra, Venice.” Here the narrator looks at his own unrecognizable face in the mirror, unable to connect with the self as he used to. Similar anxieties, as fed through fantastical imagery, haunt “Vier Jahreszeiten, Hamburg.” Ultimately, however, the focus is on details: the lost umbrella of “Mayday Inn, Hong Kong,” the forgotten ashtrays of “Lutetia, Paris,” and the handkerchiefs of “Savoy, Lisbon.”

On the somber end of the spectrum are “L’Hotel, Paris” and “Palace, Copenhagen.” The latter tells of Christensen’s (?) first time stepping into a hotel—on June 23, 1963, to be precise—and finds the boy scared and uncertain of the future. The piano writing is especially passionate, drifting from minor to major as Drecker sings of “the Danish sun behind us whipping up the rain from the cobblestones.” This contrastive dynamic is repeated in “The Grand, Krakow,” the suite’s most hopeful yet shaded turn. Other selections reveal a playful side to Christensen’s wordcraft, and Bjørnstad’s evocation of it. “Astor Crowne, New Orleans” is one whimsical example, in which Drecker navigates a bluesy drinking song.

The suite ends with “Schloss Elmau,” a piano solo that acts as both vessel of remembrance and farewell, a bidirectional portal that inhales the past and exhales the future, all the while praying for respite beyond the reach of any clock.