It wasn’t the notes, it was the silences between the notes. Some music is the very enemy of silence, keeping the sounds coming so that the listener has no time to reflect. But other music, the music she played for herself, was different…
–Simon Mawer, The Glass Room

Following his quartet outings, Currents and Post Scriptum, pianist Wolfert Brederode dips into the font of trioism, joining forces with bassist Gulli Gudmundsson and drummer Jasper van Hulten. It’s a setting in which Brederode feels very much at home, despite the varied ensembles of which he has been a part, both within and without the ECM stable.

Given the vast amounts of energy put out by those preceding albums, “Elegia” involves as a tender welcome. Brederode’s sound-world is no less clearly defined, but here maps its crisp shoreline by the waves rolling onto it. A strum along the piano strings lands us softly into the arid “Olive Tree,” for which the band sidesteps that slow-motion crash in favor of utter restraint. In that restraint, however, lurks the ever-present possibility of fractures, so that every groove courts rupture. That everything holds together is due to fierce communication between the musicians, best expressed in the evocative title track: a smooth, glassine surface across which melodies glide without fear of falling through. 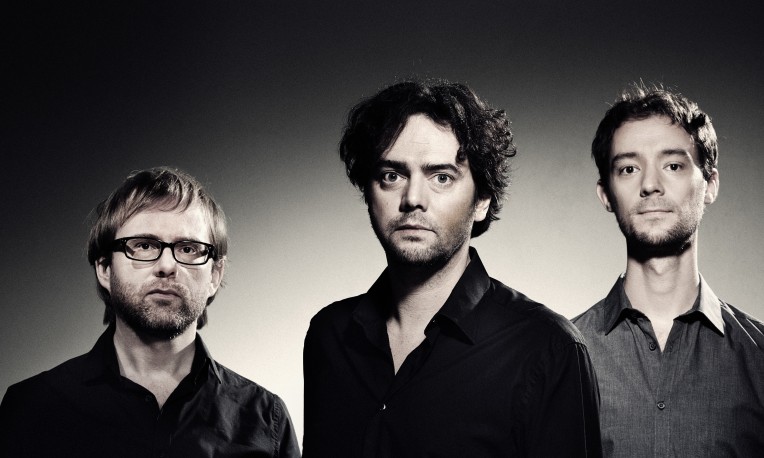 The patient unfolding of “Cocoon” proves just how dedicated Brederode and his crew they are to keeping their vessel afloat. Solos are few and far between, as they should be, as no voice is intended to dominate. Gudmundsson’s shaded “Conclusion,” the only non-Brederode original of the set, foregrounds its composer in one of few exceptions. The bassist’s presence throughout “Curtains” and “Rewind,” both highlights, is also notable. Likewise van Hulten’s snare in “Fall,” another oceanic mooring.

As with anything Brederode touches, however, primary focus is on message over medium. Where “Bemani” is a tapered ligament connecting soil and sky, “Terminal” is an unsettling illustration of horizontal anxieties. Meant to evoke an airport after hours, its brevity is proportional to its experiential vividness. But nowhere does the candle of evocation burn so brightly as in “Glass Room,” which by its architectural sensitivity treats windows not as portals but as palimpsests of our deepest desires.

Another glorious example of why ECM is the world’s most significant trio archive.