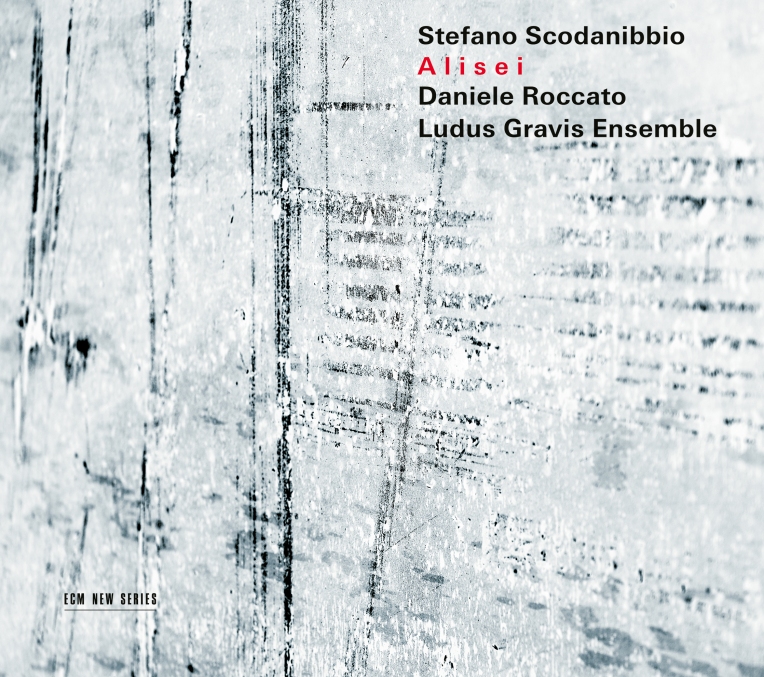 Stefano Scodanibbio (1956-2012) was introduced to ECM via 2013’s Reinventions. Whereas that program documented the Italian double bassist and composer’s passing of Bach’s Art of the Fugue through a loom of Spanish and Mexican influences, here the focus is on what might just be Scodanibbio’s most personal work. Personal, too, is the liner note by Daniele Roccato, who describes hearing Scodanibbio perform for the first time at a Paris festival in 2008: “For me, it was an epiphany. The performance of a shaman, evoking an unprecedented world of sound, one he commanded with boldness and determination.” So began a mutually respectful partnership between two creative souls who shared a love for the lowest of the strings, and by that love opened doors of perception not simply closed but so well hidden that none even knew where to look until now.

The 1986 title composition for solo double bass is emblematic of an implosion-oriented approach. Its harmonic inventions, drawn from within, expose the willingness of a composer to listen to his instrument in the deepest possible sense. In addition to its organic genesis, it emits an industrial aura: the whine of grinding machinery and a human voice in agony rolled into one. Another solo piece, Due pezzi brillanti (1985), lends crosswise insight into the double bass’s split personality, in which the rhythmic and the textural serve as conduits of emotional stability. Like a microscope through which one may observe the inner workings of one’s own body, it implies an eternal braid of regard. Jagged yet interlocking, it fits into place by questioning the place itself.

The album features two premiere recordings. In Da una certa nebbia (2002), rhetorically scored for “double bass and another double bass,” the latter instrument is seen as, as Roccato puts it, “a sort of ‘misty veiling’ over the suspensions of the main double bass, in a temporal articulation which pays implicit tribute to the musical thinking of Morton Feldman.” In that role, alongside Roccato, is Giacomo Piermatti, whose gentle persuasions are indeed translucent. In this largely arco suspension, pizzicato gestures feel like punches, gentle as they are. The Ottetto (2011) was the result of a dream to write a piece for eight double basses that would unlock even graver secrets. Partly inspired by the ensemble of double basses featured here as Ludus Gravis, and partly by the efforts of two friends to see their muse spread its wings like never before, the piece is a meditative self-examination of sentient objects. Every moment of its 30-minute duration is imbued with intent. Whether conventionally or unconventionally bowed, treated as voice or percussive actor, each instrument takes on an aspect of nature from which it feels indivisible. Sometimes-insectile vibrations breathe the same air as subcutaneous twitches, while aboveground gestures feel like rituals in search of gods. In light of Scodanibbio’s death, which prevented him from seeing its first complete performance, implications of the Ottetto’s final drone exhale with mortal significance.