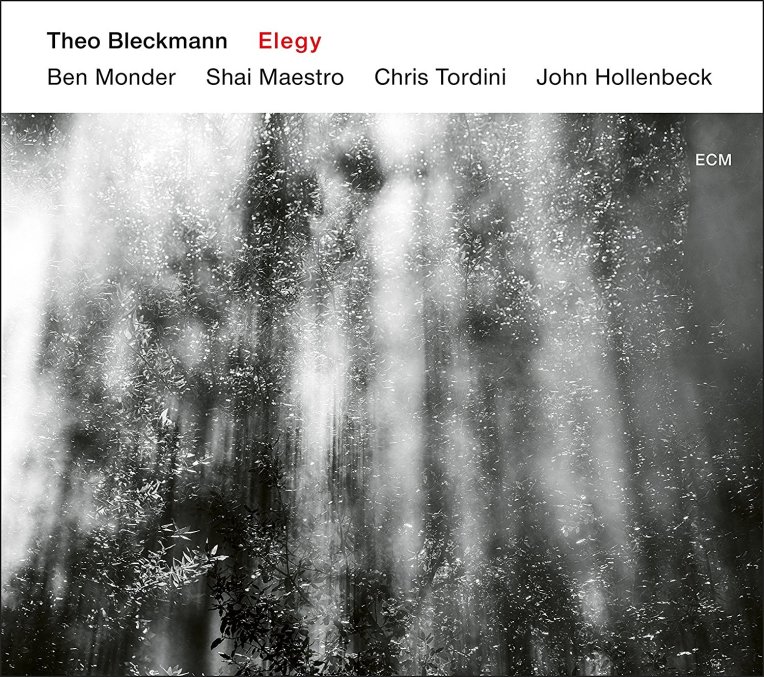 Through the fields,
why must I go home?
Through the night,
I see starlight.

Vocalist and composer Theo Bleckmann, encountered most recently by ECM listeners in collaboration with the Julia Hülsmann Quartet, strikes out on his own with his first session for the label as leader. Then again, “strikes out” is too forceful a term for music that submerges its face so deeply into the font of mortality that it arises glistening with afterlife.

For this journey he is joined by guitarist Ben Monder, pianist Shai Maestro, bassist Chris Tordini, and drummer John Hollenbeck, all of whom create an experience of ambient integrity. In “Semblance,” tides of guitar and piano find an intimate shoreline along which to flow, introducing the album with a tenderness exceeded by what follows. It’s also the first of scattered instrumentals, including the microscopic “Littlefields” (to which is added the tracery of Hollenbeck) and “Cortège” (aglow with Tordini’s cinematic bassing). Even—if not especially—when singing wordlessly, Bleckmann paints with his entire being: a feeling magnified in such near-volcanic meditations as “The Mission” and the title track. The latter’s ability to wring fire from ice, and vice versa, is more than alchemical; it’s experiential. Monder’s guitar takes on a revelatory tone, and presages the distortions of Bleckmann’s voice as it turns in on itself in demise. Like the transitions from rural to urban sprawl in “Wither,” it builds its own machinery of reckoning one gear at a time.

As for words, they fall in a quiet storm. While Bleckmann’s slow take on “Comedy Tonight” transcends the Stephen Sondheim staple in morose orbit, “To Be Shown To Monks At A Certain Temple” sets the words of 8th-century poet-monk Chiao Jan. Its sustained guitar, anchored by bass and drums, spins a fragrant web across which Bleckmann’s vocal spider may crawl in search of enlightenment, content enough to shine a voice through every dew drop as if it were an amplifier. His own words inhabit “Fields” and “Take My Life,” each a long-distance call from soul to soul. The latter’s ode to self-sufficiency finds Monder articulating that inner struggle and Maestro lighting torches of wisdom along the way, until the body is a vessel of vessels, sailing into itself to do it all over again.