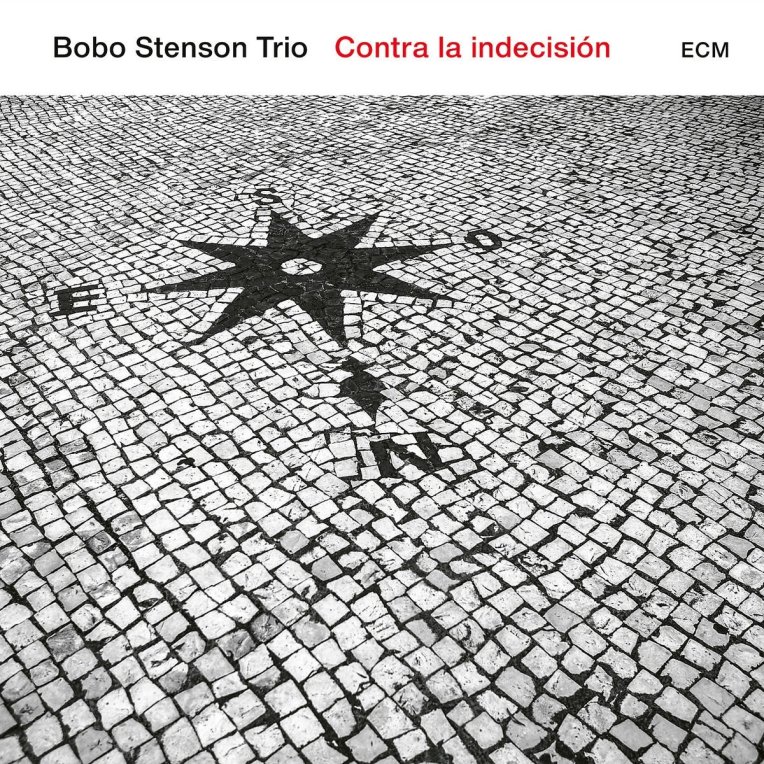 After a six-year hiatus, pianist Bobo Stenson, bassist Anders Jormin, and drummer Jon Fält return to the studio with a new direction in tow. The path of said direction carves its way through equally varied territory, but with a philosophical nakedness of association that distinguishes it from previous outings. Compositionally speaking, the focus is on Jormin, who contributes five new tunes. In each of these, especially the Hamlet-inspired “Doubt Thou The Stars” and intimate “Three Shades Of A House,” the broad-ranging palette of not only the composer but also Fält is showcased.

Whether coasting along the edges of consciousness with contemplative themes or shifting into a midtempo groove without looking back, the trio moves as a simpatico vessel, attuned to the subtlest changes of wind and current. Jormin’s confidence is expressed through unforced engagement, which in “Stilla” inspires colorful adlibbing from Stenson. The bandleader’s only original this time around is “Alice,” a haunting piece finding him in dialogue with bowed bass, not a hint of disagreement within earshot.

A smattering of bandmember favorites rounds out the set, including a unified rendition of Cuban songwriter Silvio Rodríguez’s title track, as well as classical melodies drawn from the oeuvres of Béla Bartók (“Wedding Song From Poniky”), Erik Satie (“Elégie”), and Federico Mompou (“Canción y Danza VI”). The latter two are standouts for their respectful introductions and denouements. The freely improvised “Kalimba Impressions” is also noteworthy for its synchronicity and lush, modal development. At once grounded in the source material and straying far from it, it gives testimony to Stenson’s favoring of poetry over prosody.

Although perhaps not quite the masterpiece that 2012’s Indicum was, there’s no reason why it shouldn’t occupy its own territory, beyond the trappings of comparison. As unassuming as an observer whose thoughtful profundity far outweighs the extroversions of its regard, it prefers a quieter approach, masterful in its own way.

(This article originally appeared in the August 2019 issue of The New York City Jazz Record, a full PDF of which is available here.)