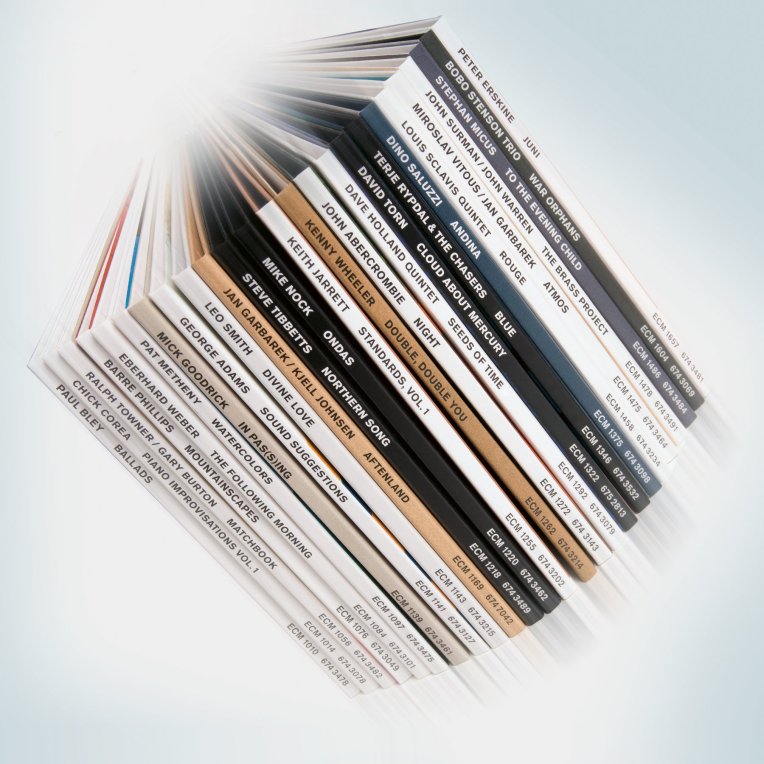 The word touchstone dates from the late 15th century, denoting a special black quartz used to test the quality of gold alloys by the streaks left behind on its surface. While it has retained its metaphorical usage as a criterion by which the quality of something—in this case, music—is measured, it feels especially apt in the context of ECM Records. The German label has always been about the object as art, if not also art as object, and through its associative chain of cover imagery, recording technology, and curated musicianship has honed a finely grained stone in its own right across which any other discography might be drawn across to judge its efficacy.

ECM released the first series of Touchstones in 2008. Numbering 40 in total, each album was a world unto itself. It only feels appropriate that ECM should revisit the idea this year in celebration of half a century’s creative operation with a series called “50 for the 50th.” Like its predecessor, this new collection gives opportunities for veteran listeners to revisit old friends and newcomers to make new ones. Label stalwarts Keith Jarrett and Arild Andersen rest comfortably alongside such legendary outliers as Mike Nock and Bill Connors. This alone relegates the choice of banner titles to the realm of near-impossibility.

One thing we can reliably measure is the cartography of cultural, instrumental, and regional depth in these 50 artful selections. Like the cardboard gatefolds in which they are now packaged, each is a streamlined presentation of otherwise uncontainable forces. Some of the farthest reaching of those forces can be found on Bennie Maupin’s The Jewel In The Lotus. Already the subject of a much-needed reissue when it found its way onto CD for the first time in 2008, this 1974 masterpiece marked the only ECM appearance of pianist Herbie Hancock and introduced drummer Billy Hart to the label’s nexus. Alongside drummer Frederick Waits, Headhunters percussionist Bill Summers, Mwandishi bassist Buster Williams, and trumpeter Charles Sullivan, the latter just two months away from Carlos Garnett’s Black Love, Maupin’s reed playing spans the gamut from romantic to extraterrestrial.

Another unmissable album is David Darling’s Cello (1992), which features the titular instrument in both its acoustic and custom 8-string electric forms. The set is entirely improvised, built around deceptively simple arpeggios and motifs from which he unravels some of the most beautiful music to be found anywhere. Floating blissfully between jazz and classical, Cello further treats the border around either category as permeable, as so many other artists under producer Manfred Eicher’s purview have.

Primary among the genre-defiers is Louis Sclavis, whose quintet effort Rouge is graciously included in the new Touchstones. Released the same year as Cello, it finds the reed player and composer in the company of violinist Dominique Pifarély, bassist Bruno Chevillon, pianist François Raulin, and drummer Christian Ville. Rouge is significant for being Sclavis’s first for ECM. “It was my doorway into this very famous label,” Sclavis tells me by phone, “and the beginning of a very long story. Over the years it has become more and moreimportant for Manfred and I to work together and I record almost every one of my projects with him. It’s vital for an artist to have a label that follows you and all your iterations. In addition to helping me and so many other artists find their musical paths, recording for ECM has the added advantage of placing your music into hands all around the world. He fights to keep as many CDs in circulation as possible, so something you recorded thirty years ago is still available. This means the world to me, as I would consider every album I’ve done to be equally important on a personal level.” The inclusion of Rouge and all its wonders is proof positive of this philosophy and speaks to the vitality of ECM as an archive in recorded sound. It also reminds us that neither these nor any other 50 albums plucked from a catalog of over 1600 no more represent ECM than ECM represents them. The circularity of that relationship is the key to their longevity and more than justifies their trajectory into every fortunate ear. 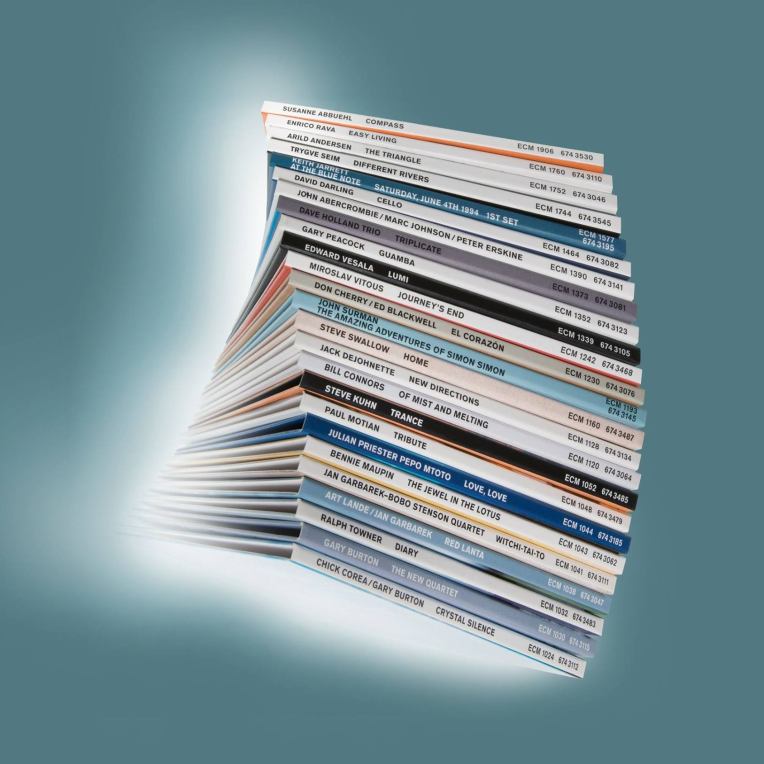 (This article originally appeared in condensed form in the November 2019 issue of DownBeat magazine.)

2 thoughts on “50 for the 50th: ECM’s Anniversary Touchstones”