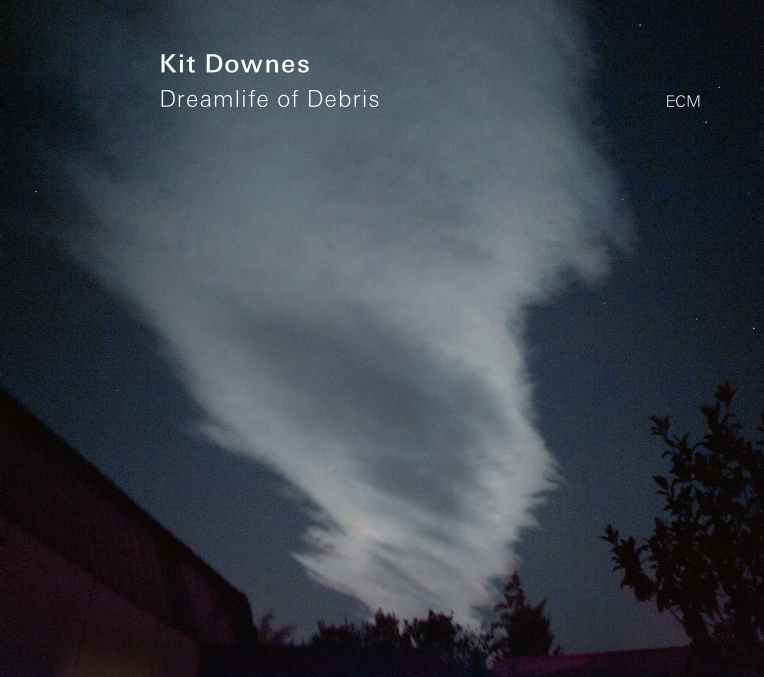 Following his 2018 ECM headliner debut, Obsidian, Kit Downes returns at the organ (and piano), this time among friends, including saxophonist Tom Challenger (heard for a spell on Obsidian), cellist Lucy Railton, and drummer Sebastian Rochford. The latter is heard prominently in the concluding “Blackeye,” a piece cowritten by Downes and Challenger. Its thicker brushstrokes fill a rather different sort of canvas than the ones preceding, albeit touched by the same palette.

“Sculptor” opens with Challenger’s bare tone, a kiss of sun on the morning glory of piano that then imbues the scene with its color. Also lurking is guitarist Stian Westerhus, a new addition to the Downes nexus who is rightly described by Steve Lake in his liner notes as, at times, a “near-subliminal participant.” Twinkling like starlight in “Bodes,” his guitar emotes under tension of utterly non-invasive strings. The latter tune is the album’s masterstroke: a fully narrative journey from cradle to grave that catches as many life experiences as it can before passing them on like an inheritance in faith of continuation.

Comforting about Downes as composer is his underlying sense of open-endedness. Titles such as “Pinwheel” and “Sunflower” suggest interconnections just beyond their titular surfaces—not only in Railton’s liquid threading, but also in their ability to turn melody into substance (if not the other way around). “Circinus” and “Twin” make sense of the organ as if it were a text to be interpreted in humility. Both elicit an undeniably cosmic feel, strangely rendered in textures of flesh and soil.

The only piece not by Downes is “M7.” Composed by his wife, bassist and vocalist Ruth Goller, this organ solo centers its energies in sustained pedal points while spreading open the periphery as one might a pair of hands. In its cradle, the entire album’s heart dents a pillow woven from old maps and cartographic sketches, each drawing closer to an undiscovered country but never quite reaching it. Content to float wherever the current may lead, it closes its eyes and redraws its path in the language of a dream, where the only songs that matter are those without words.