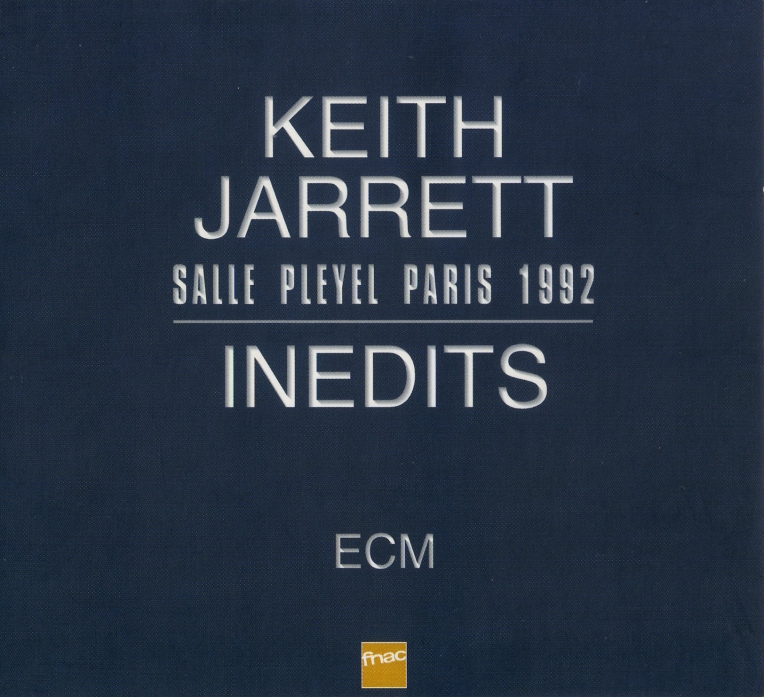 Recorded at Salle Pleyel in Paris on October 25, 1992 and produced by Manfred Eicher, this was a limited promotional item offered by the French retail chain Fnac to customers who purchased two qualifying ECM or ECM New Series CDs. Consisting of two exclusive tracks, it’s a poignant snapshot of Jarrett atop a mountain no one else is likely ever to scale.

His perennial encore, “Over The Rainbow,” glistens with lyrical suppleness. Looking back as we can through the lens of retrospection, we find in it the story of an entire career, if not also the life it defines: from the initial stirrings of talent that surely twitched in the young pianist’s fingers, through the chronic fatigue syndrome that would all but hijack his gifts four years later (incidentally, when this disc was offered), and beyond a recovery whose afterglow continues to illuminate ears in the darkest hours. No matter how sweeping, dramatic, and turbulent the experiences that came before, we can hold vigil in these fleeting moments of intimacy before they turn away from us to seek the hand of an ether we have yet to touch.

In the wake of this inward glance, the exuberance of Jarrett’s own “C The Blues” feels like a splash of water on the face. Romping through memories as if they were a muddy riverbank along which the dead and the living dance in celebration of kinship, Jarrett gives every mouth a voice. The colorful ornaments of his right hand are the nurture to his left’s nature, each note a word spoken, a relationship formed, a spirit harnessed, only to fade as quickly as it forms. Like the fog of a window about to be defrosted, it resolves into a clarity of vision such as only he can provide.

These same two tracks also appeared on a CD included with issue No. 672 of the French magazine Jazz in May of 2015: