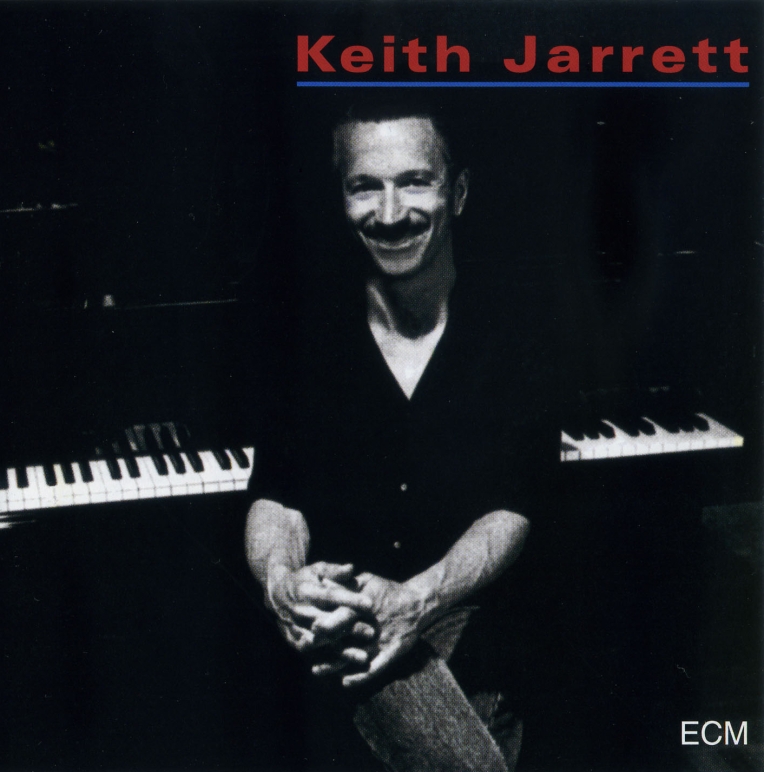 This ultra-rare promotional CD from 1994 contains an interview with Keith Jarrett conducted by Timothy Hill. Much of the interview is spent discussing the backstory and recording circumstances of At The Deer Head Inn, Jarrett’s phenomenal live album with bassist Gary Peacock and drummer Paul Motian, and Bridge Of Light, a program of classical music composed by Jarrett.

When Jarrett first encountered the Deer Head Inn itself, it was the only place of its kind in Pennsylvania Dutch Country, where jazz wasn’t exactly on the hearts and minds of communities far more concerned with everyday practicalities. Jarrett was living in Allentown, where jazz was limited to generic rooms at best. Deer Head was far enough away that he wasn’t really aware of it until he got his first regular gig there, playing drums for local pianist (and Jarret’s personal friend) Johnny Coates. “I learned a lot about what not to do twice,” he recalls of those early gigging days, long before the piano became his forte. After two summers of grabbing the Deer Head by its antlers, sitting in sometimes on guitar (which, incidentally, earned him an invitation from Stan Getz to play in a Calypso band), he left that part of his history behind to dive headlong into his career as a pianist. By the time the Deer Head gig materialized, he hadn’t played there as pianist for nearly three decades.

Many elements came together for that performance to make it what it was. First, the venue was a “piano room” in the truest sense, a place of intimate construction that practically begged for Jarrett’s song. Second was the fact that drummer Jack DeJohnette, his trio go-to, was unable to make it, leading Motian to fill in at the last minute. Third was the “behavior and concentration” of everyone involved—a rapt attention he attributes at least in part to Motian’s involvement. When things come together like that, following a natural flow without depending on “large things,” as he puts it, magic is born.

Jarrett further bows to a certain magic in the recording itself. He mentions the “crucial little keys” of how a player is feeling, and how technology may struggle to capture those details in such a beautiful way. In this case, however, they shine through with utmost clarity, including the vocal exclamations for which he is (in)famously known. “I should’ve written them a thank you note,” he quips, speaking of Peacock and Motian, who he makes a point of noting added their own whoops of excitement in the heat of the moment. “If I’m going to be the culprit, let it be all three of us.” The conversation turns naturally to the tune “Chandra” (included along with “It’s Easy To Remember” at the end of this CD), which Jarrett praises for Motian’s avoidance of sticks altogether. Where any drummer would start with brushes and switch to the punctuation of sticks, Motian’s continuous brushing spoke directly to Jarrett’s heart: “This is what we’ve got now. This is what it is. And it put me in another place, where the expectations were not the same as they would be every time you play.” Thus did Motian pull everyone into the center of things.

At around the time that Bridge Of Light was coming together, he was already working on a commission from Japan to write the Adagio for oboe and string orchestra featured on the album. When told there would be time left in the program, his thoughts turned to the Elegy he was writing for his Hungarian grandmother. Taking such an active role in directing that recording was, for him, like “being in charge of a country,” whereas Deer Head was like “being not in charge and knowing it would be okay.” Such polar, yet parallel, opposites would seem to define his career. At Deer Head, for example, there wasn’t any music until it was played, whereas in a classical setting, anxieties toward perfection ran high. Classical musicians, he avers, should be less obsessed over playing the same music better than anyone else and more concerned about being themselves enough not to care, allowing the music to “bloom for itself” instead. And if blooming is what it’s all about, then Bridge (from which the Adagio and the “Dance” of Jarrett’s violin sonata are also included here) is a veritable field of life.

“You don’t have to be emphatic when you’re doing something beautiful,” says Jarrett of the creative process. “If you emphasize the beauty of something, you might step on it.” And while one might easily flag this statement for hypocrisy, spoken as it is by someone who can stretch a concert staple like “Autumn Leaves” to well over 20 minutes, there’s a sense that Jarrett is always saying what needs to be said and, accordingly, wasting no notes whenever he’s “on.” As he observes of jazz: “It would be as though you were to write poetry in more than one language at a time…and make it somehow into a coherent language of its own.”

As interesting as the above insights are, at best I would say this rarity has value only as an archival curiosity for the Jarrett completist, though it’s always fascinating to hear him speak of his own work. Either way, the objects of this discussion tell more of their past, present, and future than even he could, and perhaps our journey to find and experience them is the strongest bridge of all.