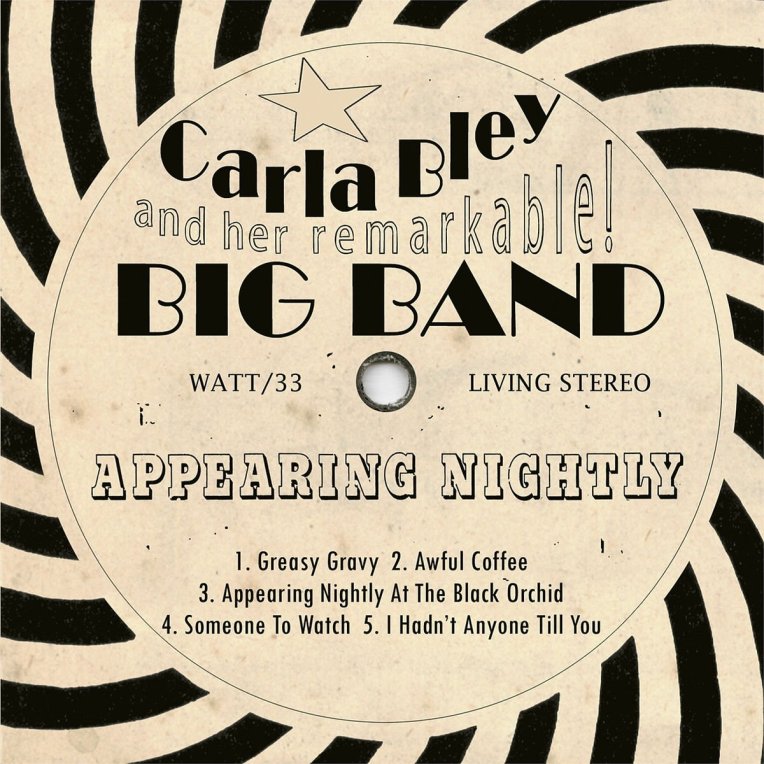 In her first (nominal) big band recording since 1996’s Goes To Church, Appearing Nightly comes to us by way of a two-night residency at The New Morning (Paris) in July of 2006. Despite the characteristically high levels of musicianship, composing, and arranging, I find myself relatively underwhelmed by these performances on the whole. Both “Greasy Gravy” and “Awful Coffee,” which open the album, were commissioned by Orchestra Jazz della Sardegna. The latter is the better of the two, with its compelling upswing and protein-rich baritone saxophone, courtesy of Julian Argüelles. But for some reason I struggle to fit myself into the surroundings. Having said that, as is the case with even her least essential albums, there’s always that one masterpiece that keeps its bead from falling off the string. In this case, it’s the 25-minute “Appearing Nightly At The Black Orchid.” Commissioned by the Monterey Jazz Festival and conceived as an homage to the 1950s, this fourfold suite gives the widest berth for musicians and listeners alike to stretch their limbs. What opens with subtle grit from the horns against the smooth groundwork laid by bassist Steve Swallow and drummer Billy Drummond opens into a prolific showcase for its soloists, including the ever-incisive Lew Soloff on trumpet, Wolfgang Puschnig on alto, and Gary Valente on trombone. Down a rung but still holding firmly on to the ladder of greatness is “Someone To Watch,” for which Swallow and Drummond (for me the stars of the entire recording) establish a superlative groove while reserving enough spotlight for Roger Jannotta’s soprano. Only in the final stretch of Ray Noble’s “I Hadn’t Anyone Till You,” however, does a certain lyrical beauty take hold of the proceedings.

Commendable as this effort is, I wouldn’t start here if you’re new to Bley, as its subtleties may be lost on those who don’t know her work already. More of a grower than a shower, Appearing Nightly is an album that reveals itself upon repeated listening, so consistent in its focus that we must labor more to uncover what lies beneath.