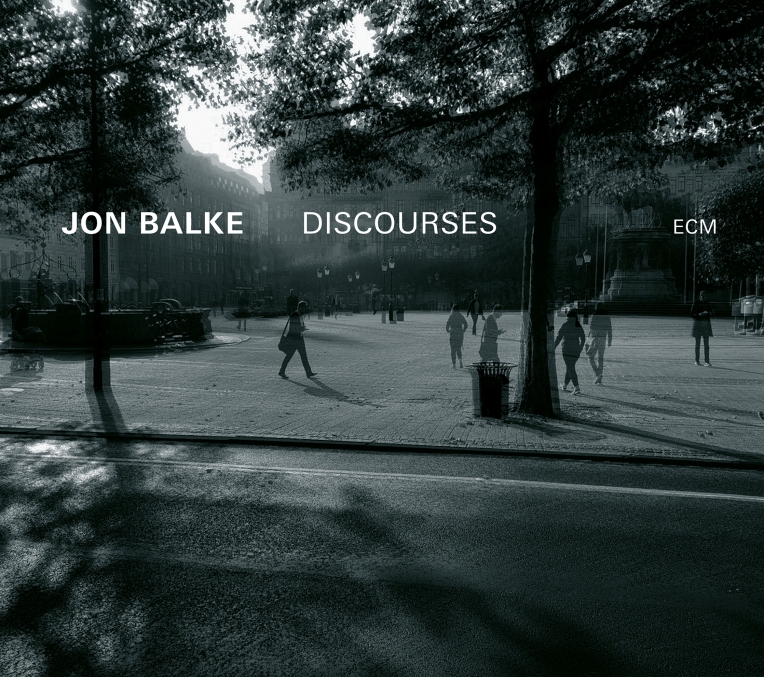 Not so much following in the footprints of 2007’s Book of Velocities and 2016’s Warp as pouring plaster into them, grinding the hardened results into dust, and throwing them into the winds of change, pianist Jon Balke refashions his solo space with frequencies more attuned than ever to the pulse of our zeitgeist. First inspired by the 24-hour news cycle and its emotional rollercoaster (and by the rhetorical lines used to draw boundaries between stories, who tells them, and the events they describe), the pieces of which this latest album is comprised took an even starker turn as the politics of 2019 unleashed their bipolar mind games for all to scrutinize. If nothing else, this backstory helps us understand the subjective interplay of electronics, field recordings, and instrumental treatments woven throughout. Said treatments—what Balke calls “reflections from the room”—have a self-generating quality, arising only as necessary, and even then as an echo of something implied.

The track titles, as evocative as the music, are but stepping stones to answers that supersede their questions: we can read conflict into the gnarled contours of “the first argument” and “the second argument” just as we can open ourselves to possibility in “the why” and “the how.” But for me the greatest value of these markers is an attendant opportunity to forget them. For while there’s a suitably fragmentary quality to “the self and the opposition,” all of that goes away once the sustain pedal goes down, and the fluidity between those identities warms us with promises of another entirely. But this dream is short-lived, because reality has too much to say to a world in lockdown. And in any case, “the certainties” is the least certain of them all. As its pianism moves from one cerebral island to another, a leviathan breathes just below the surface, following in wait to strike.

It’s difficult to extract and uphold certain moments over others, but I would direct the listener’s attention to “the facilitator” as an especially haunting instance of Balke’s aesthetic concerns. The piano may be foregrounded, but its ghosts are drawn from drone (most likely a manipulated cello but sounding for all like bowed piano strings). Another worthwhile focal point is “the container,” wherein electronica lie in wait—only not to pounce, but creep into awareness like a rising sun pulls itself up by curling its fingers over a mountain ridge.

The album ends with three “afterthoughts,” ranging from watery percussion and internal string plucking to hints of technology without imposition. The last is an alarm for birds to fly away and for trees to uproot themselves in search of a new planet where their symbiosis may thrive. This leaves only broken human beings—their hearts unfurled like children’s play mats and beset with toy cars, weathered streets, and enmeshed topographies—to wander their halls of mirrors, wondering when they took the first wrong turn.