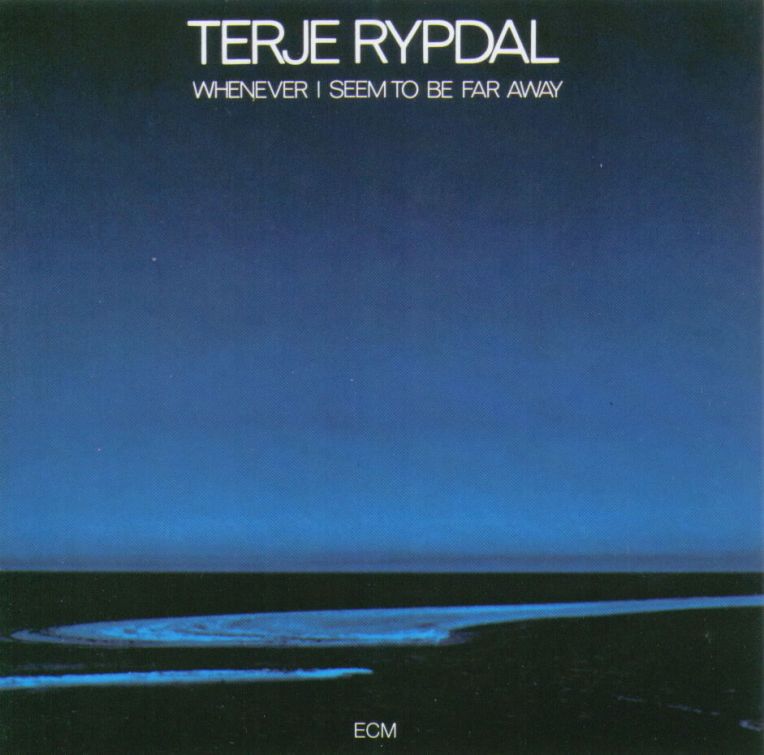 Terje Rypdal
Whenever I Seem To Be Far Away

This laconic yet lasting statement from Terje Rypdal marked the Norwegian guitarist’s third ECM appearance as composer and leader. Its crucible continues to yield an enticing tincture of prog-rock and classical stylings for the weary musical mind. The reverberant French horn that animates “Silver Bird Is Heading For The Sun” betrays nothing of its cooption by a punchy g/d/b constituent. Floating on a well-aged mellotron, it bows out gracefully as Rypdal rolls in like a fuzzed haze. Sveinung Hovensjø’s robustly amplified bass carries its surrounding weight beautifully, and continues to do so for the album’s duration. Languid relays between guitar and horn coalesce at the piece’s muscular conclusion. In “The Hunt,” we get a heftier dose of percussion, courtesy of the one and only Jon Christensen. Thus begins a brightly syncopated journey filled with plenty of dynamic movement. All of which makes the title piece that much more affecting. A lone cello becomes our only introduction into its slow 18-minute wave of orchestral bliss. Oboe and clarinet usher in the encroaching stillness with subdued attention. Only during a climactic peak does Rypdal make his presence known, as if born from the nexus of violins trailing off into the darkness (a section that perhaps foreshadows Gavin Bryars’s After the Requiem). This switch from external to internal register seems to caress some distant shore, much like the waters of the album’s cover. We wait for dusk, only to realize that the night has never left us.

Whenever I Seem To Be Far Away is an album in infrared, a silent face whose expressions make infinite use of a limited palette. Rypdal is one of the few hybridizers whose creations become something outside of themselves. His soloing wrenches from its present surroundings as many handfuls of melody as it can before fading into the solace implied at the album’s genesis. And I cannot stress enough how fantastic the bass sounds throughout, its steady tone stabilizing like an iron cable. In it, we hear our own gravidity made audible, touching its lips to a temple of sound with a following of one.