“Drums and drummers. For me, they’ve been the moving force and inspiration, a reason to live, and celebrate life through playing music. Thanks to the men who play the drums. This music is dedicated to you.”
–Dave Liebman

It was the summer of 1997. I was fresh out of high school and settling into my new life at Goddard College (of Phish fame) in Plainfield, Vermont. The transition was sudden, but I was fortunate enough to have been placed in the music dorm, where dwelled lovers of all things audible. Late one night, during an emotionally exhausting orientation week, I was awoken by a sound coming from downstairs. Rubbing the sleep from my eyes, I descended to the common room to find my dorm mates deep in the throes of an impromptu drum circle. Congas, djembes, pots, tabletops, human bodies: everything was fair game. With nothing but a tin cup and a spoon at my disposal, I joined in with cathartic joy. I don’t think any of us remember how long the session went on after that (I’m not sure we even slept). Sadly, the school itself wasn’t what I had expected. After a long conversation with the group, I decided to return home and incubate for a year. Although this taxing decision eventually put me on a straighter academic path, I do think fondly of the profoundly attuned synergy we of the musical persuasion had forged in those dense seven days surrounded by the region’s denser foliage. Since coming across Dave Liebman’s seminal Drum Ode in reissued form, I have rediscovered something of that physical feeling of surrender one so rarely gets from a laser scanning a concealed silver disc.

Piggybacking on this success of Lookout Farm, Liebman surrounds himself with likeminded company. The rhythmic core of the 1973 joint remains intact, with a minus here and some additions there. The dedicatory introduction of “Goli Dance,” quoted above, leaves no mystery as to the album’s philosophical goals. “Loft Dance” comes closest to reenacting my anecdotal experience, and counts among its actors an animated Richard Beirach on electric piano, a lively John Abercrombie on guitar, and Liebman himself laying down some infectious rhythms of his own. The playing is baked to a crisp, and scathingly uplifting. Gene Perla deploys a heavy anchor, offset by the whimsy of whistles, all of which tethers the soloing to its immediate territory. “Oasis” is the odd one out for its vocal cameo, courtesy of Eleana Steinberg. A beautifully soulful sax solo is rendered all the more so for the songstress’s curious presence, her uneven edges and off-key honesty a sobering foil to the otherwise instrumental sound. Liebman lights a veritable box of matches in “The Call,” a revelatory pyramid with Bob Moses and Jeff Williams at its bottom corners. Its martial snares and echoing sax are the heart and soul of the album, hands down. “Your Lady” (an oft-neglected page from the Coltrane songbook) darkens the mood with a rain-drenched bass and nocturnal soprano sax. “The Iguana’s Ritual” continues in the same vein, save for the noticeable additions of electric guitar and the soothing grace of Collin Walcott’s tabla. Here, atmosphere becomes the primary melody. A trebly bass then ushers in a raunchier solo from Abercrombie and a kinetic finish from Liebman. A fluttering of guitar harmonics begins the end in “Satya Dhwani (True Sound).” Flute and tabla expand the sound further, carrying us out on an enigmatic path to stillness. 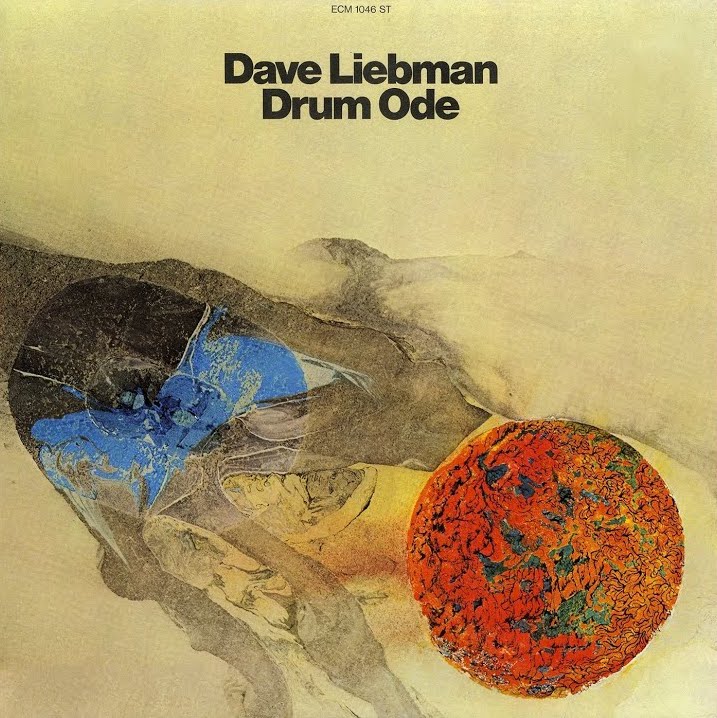 The contrast in covers between the original vinyl and the CD could hardly be greater. The latter’s block list of names, while typographically pleasing, obscures the vibrant colors that said roster produces. One look at the former, however, reveals all in a single perusal: a brilliant sun, cradled in the arid landscape of its own desires, has found a voice where shadows intersect, and waits to share it with any in search of oasis.