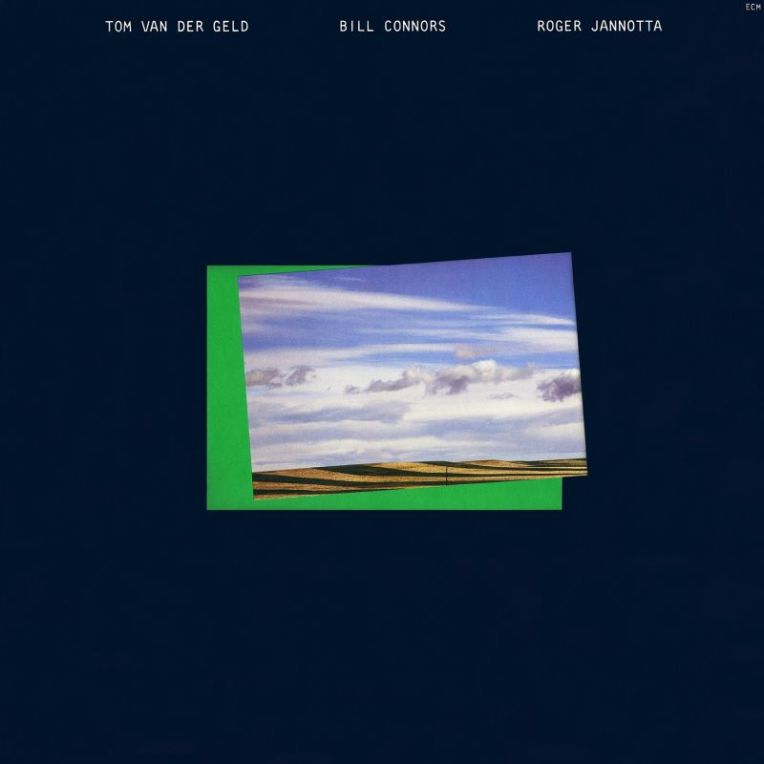 Path brings together guitarist Bill Connors (fresh off a stint with the Jan Garbarek Group on Photo With…), Carla Bley Big Band regular Roger Jannotta on winds, and vibraphonist Tom van der Geld for a network of pellucid improvisations entwining the barest of compositional skeletons. Connors’s twangy steel drops us immediately into an ethereal sound-world with “One,” mediating a pleasant conversation between flute and vibraphone. Thus begins a kaleidoscope of duets, trios, and quartets (the latter courtesy of some non-intrusive overdubbing). Mallets provide a resonant trunk in “Eevee,” from which branches Connors’s crisp foliage, all of it animated by the breath of a majestic flute. This blends smoothly into the pastels of “Joujou,” where familial nostalgia abounds. The title of “Michi” is Japanese for “path,” which makes it the title track by way of translation. Jannotta switches to soprano sax in this new enigmatic territory, landmarked by gossamer flags and empty way stations, before fluting a veil of Aeolian sounds over our ears. “Joys And Sorrows” works stretches our heartstrings and plucks each with the gentility of a raindrop on a spider’s web. Two ghostly guitars shine inside its nocturnal halo of vibes, bisected by soprano with a comet’s grace.

Like a meteor shower, one spends a long time waiting for excitement in Path, only to realize that the pregnant darkness to which one has held such rapt attention harbors far greater wonderment. As one of ECM’s most transparent statements, this positively exquisite album is an easy candidate for president of the label’s Bizarrely Out of Print Club. Find it any way you can and be moved, as you will.