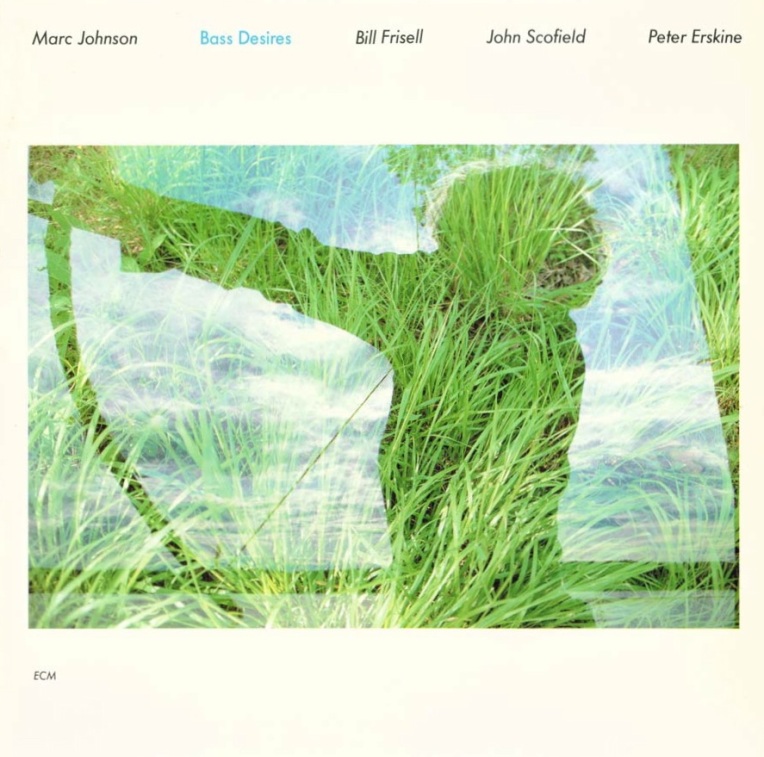 “Samurai Hee-Haw,” the opening track of Marc Johnson’s Bass Desires, is one of the most memorable cuts in the ECM catalogue and a signature one for this transient project. Yet beyond its leader’s deeply rooted bass and Peter Erskine’s key-to-lock drumming, the pairing of Bill Frisell and John Scofield is what truly sets this firecracker a-sparkle. Their combined forces are enough to make one dizzy, and more than once they slip past our expectations by the skin of their teeth. Perhaps nothing could bear the weight of this resounding call to electric arms more confidently than a movement lifted from John Coltrane’s A Love Supreme. Hence “Resolution,” a groovy flower in which Erskine proves his own mettle with a tripped out solo against the metal string game being woven before him. The band turns the tables once more with the keening “Black Is The Color Of My True Love’s Hair.” This Appalachian folk song of Scottish origin finds not new but old life in the stretch of sonic hallway down which it is led. Lest we fall too deeply into elegy, the title track counters with rip-roaring fun. Erskine and Johnson lay down plenty of traction to spare as the two pickers fry the ether with their song. Elmer Bernstein’s “A Wishing Doll” sports a dancing synth guitar that can’t help but put one in mind of Pat Metheny. Flip a switch, though, and suddenly we’re riding Johnson’s “Mojo Highway,” of which the reggae-ish beat and lumpy bass complement smoldering mood swings from guitars.

This is a must for any ECM lover’s collection and ranks among the best of the Touchstones series. Like the title of Scofield’s “Thanks Again” that ends it, it holds up as a sprawling love letter to those on either end of the musical stick.