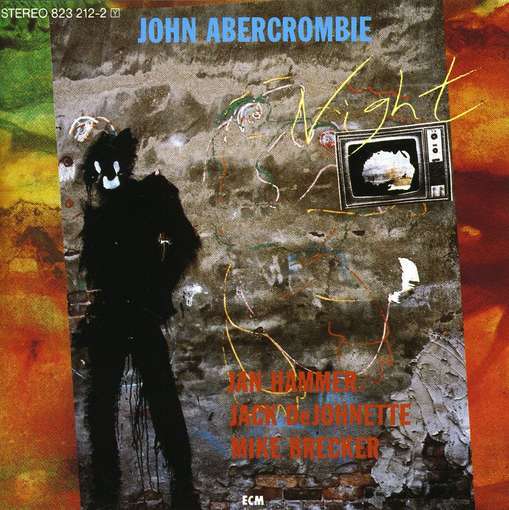 As its cover indicates, Night gives us a colorful, collage-like portrait of John Abercrombie, who jumps here into the urban deep end with smoky club atmospheres and tight jams. It’s a joy to see the guitarist working with Jan Hammer again, and the inclusion of Mike Brecker on tenor and Jack DeJohnette on drums make for a winning formula. Hammer adds a particular spike to this sonic punch, competently filling the session’s lack of bass while also fleshing out the production with an evocative sweep. Between the idiomatic blend of “Ethereggae” and the Timeless heat distortion of “3 East,” his billowing keys give Brecker more than enough room to show off his chops (he has hardly sounded better). This date isn’t all fun and games, however, for the rain-slicked streets of “Look Around” give us pause for reflection. Hammer reignites things in “Believe You Me,” which despite being the most straightforward track compositionally sports Brecker’s most uninhibited solo yet. The band saves the best for last with “Four On One,” which draws another ring of fire in an enthralling closer. DeJohnette gets his moment in the sun here as well.

Though something of an blip in the Abercrombie back catalogue, Night is far from benign. Aside from the effusive music, what really distinguishes this album is its sound. Another slam-dunk for engineer Jan Erik Kongshaug.