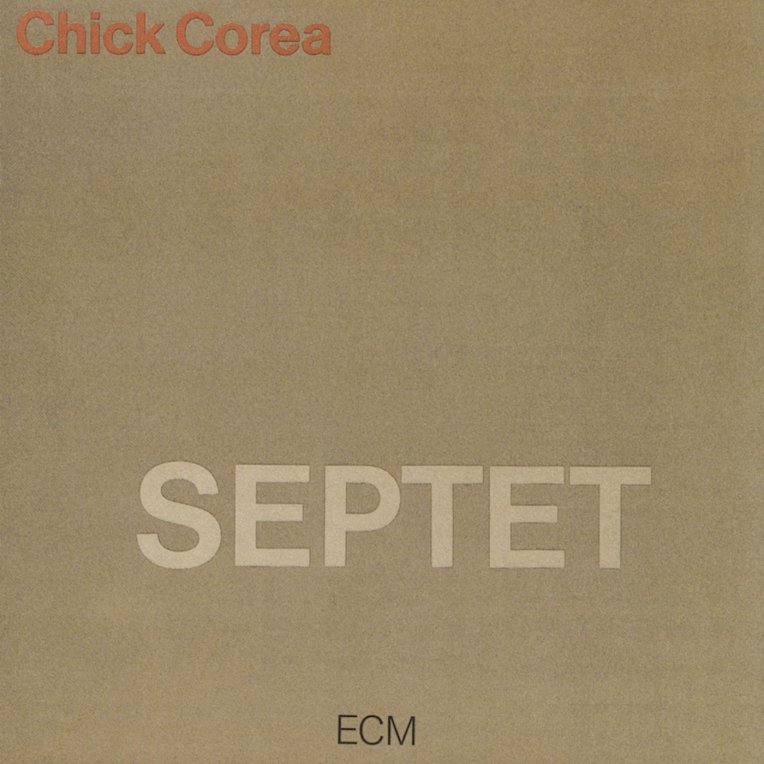 Chick Corea is a musician who plays with X-ray vision, which is to say he’s highly adept at animating skeletons through his improvisatory prowess. And yet, whenever those bones are fleshed out into full-grown compositional organisms, one tends to lose sight of their anatomy. With the exception of Children’s Songs, Corea excels where there is at least a combination of the prescribed and the free. On Septet he is joined by a string quartet, flutist Steve Kujala, and Peter Gordon on French horn. Already in the First Movement, we are confronted with the quartet’s somewhat pedantic role, which is at pains to blend with the otherwise lovely sound forged by Corea and Kujala (not suprising, given that they’d just cut the effervescent Voyage not three months before). That being said, there is a wistful vitality to be had in those occasional moments that said forces do sync, as in the Second Movement. Some gorgeous, abstract pianism distinguishes the opening waves of the Third, which, despite exploring the album’s more fascinating ideas, are quickly curtained by the horn. Things fare far better in the Fourth, with its Bartókian sense of rhythmic acuity, and in the richly varied Fifth. At 10 minutes in length, the latter is also the most fully formed. Tacked on to this picturesque finale is portrait of “The Temple of Isfahan” that could easily soundtrack a documentary about the temple in question, a sacred site to the Zoroastrians who saw its attributive fire as a purifying agent. Like a well-edited film, this piece builds itself through vignettes, which despite never quite connecting as organically as they might have had they been left to speak among themselves, form a larger chain of ideas that must be taken in deep breaths before they can be exhaled as one.

It’s hard to know what to make of this album. What it lacks at the start, it certainly makes up for by the end, but it doesn’t necessarily beg for repeated listening. The musicianship is also top flight, especially the lovely playing of Gordon, who wrenches a gutsy and artful sound from his horn, and in the peerless virtuosity of Kujala. A lovely jewel for the completest, to be sure, but its absence would make Corea’s crown no less bright.