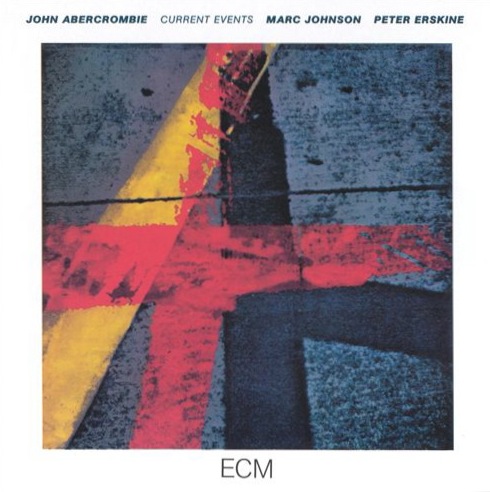 Current Events marks an incubatory period of sorts for John Abercrombie. The evolving guitarist found willing collaborators in drummer Peter Erskine and bassist Marc Johnson, both of whom decorated his synth-heavy experiments with bold care. Erskine excels in the more upbeat numbers, bringing sparkle to “Clint” and to an all-acoustic version of “Ralph’s Piano Waltz” (see Timeless and Towner’s Solo Concert for reference). The ghostly intro of “Alice In Wonderland” wings into a free-flowing liquid of a tune that will tug at your childhood. Each touch of cymbal is a splash and the bass a slinking amphibian making its way to the present with a jewel of remembrance in its mouth. The loving acoustic solo “Lisa” segues into “Hippityville,” which somersaults along Abercrombie’s electronic ladder. “Killing Time” (exactly what this album doesn’t do) modestly titles a shimmering veil of slumber, carried into wistful awakening by declarations from the trio in full. Last is “Still,” a carpet for Johnson’s lumbering gait and the shimmering cellular network of Abercrombie’s acoustic. Sharp and gorgeous.

This is for the most part a subtle album, though it does possess its fair share of catharses, and promises new returns every time. Like the last track, it slides into your soul before you know it, making it one of Abercrombie’s most enjoyable dates.