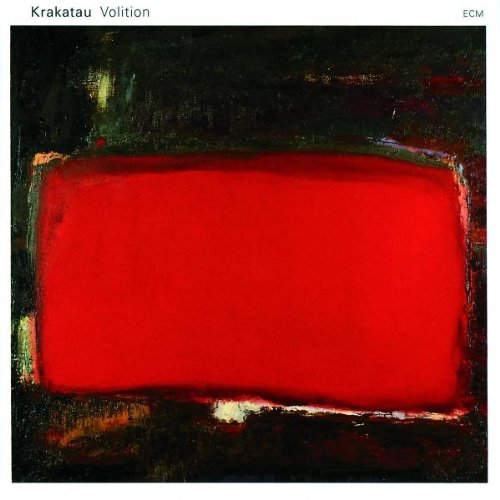 After the blazing kick in the seat of Matinale, my expectations for Krakatau’s follow-up were high. But from the whirlpipes and ritualistic drums that open “Brujo” I realized that expectations have no place in a sound-world like this. Guitarist Raoul Björkenheim, tenor man Jone Takamäki, bassist Uffe Krokfors, drummer Alf Forsman: the four enfant terribles of this outfit play like nobody’s business, adding to their milieu self-made instruments like the throaty, frog-like toppophone and the krakaphone, a long-lost cousin of the didgeridoo. From the get-go, Björkenheim’s smoky enigmas unleash dreams of furtive energy, leaving us wanting more and getting it in the title track. This one drios a rough tenor into scurrying drums before squeegeeing out an equally gut-wrenching guitar solo, which plants us on a straight shot toward the ethereal “Nai.” Takamäki rips the night again in “Bullroarer,” setting off a free jazz extravaganza I can only describe as gorgeous. “Changgo” gets psychoanalytic on us, turning the gears of a giant jack-in-the-box that never pops, but rather brings out hidden anticipations. And by the time we’ve passed through the wall of sound that is “Little Big Horn,” we are ready for anything the final cut, “Dalens Ande,” might have to offer. Another stunning set from some of ECM’s most underappreciated outliers, Volition is dripping with exactly that. The sonic equivalent of a double shot, save this one for a depressing day and it will be sure to pick you up. Then again, it might send you down the rabbit hole.