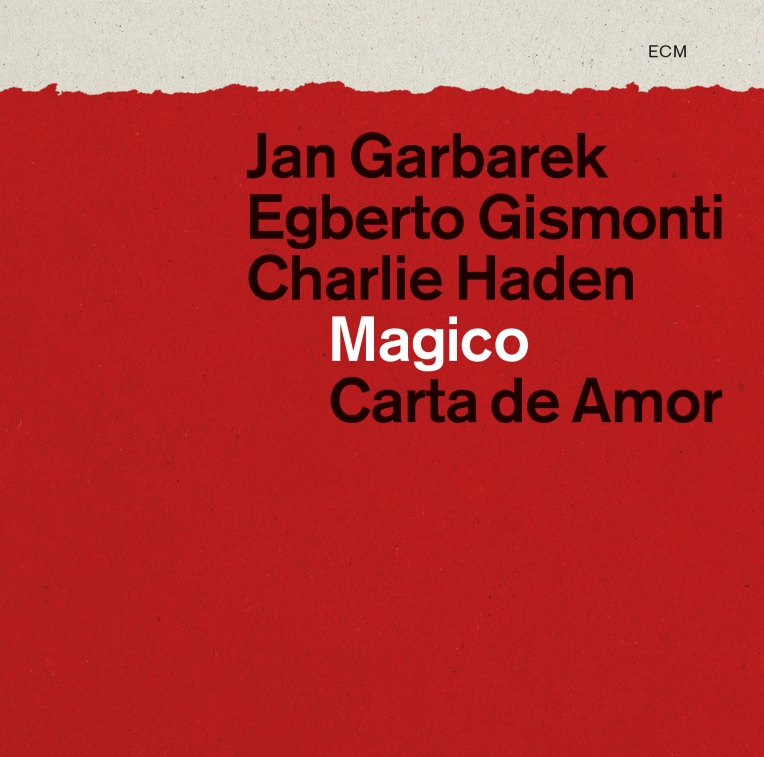 “I know that the stars when I vanish will remain pegged way up there, fixed, immutable, gazing on the absurd hustle and bustle of men, small and ridiculous, striving with each other during the sole second of life allotted them to learn and to know about themselves, wasting it stupidly, killing one another, the ones fighting to avert exploitation by the others.”
–Dolores Ibárruri

2012 has seen quite the magic act of releases from ECM’s archives. The encore comes literally so in the case of Magico: Carta de Amor, as the trio of saxophonist Jan Garbarek, guitarist/pianist Egberto Gismonti, and bassist Charlie Haden takes the stage in newly restored 1981 performances at Munich’s Amerika Haus, host to such classic recordings as Ralph Towner’s Solo Concert and the Art Ensemble of Chicago’s Urban Bushmen. From their studio work, these three mavericks draw a distinct blend of signatures, while from the two years spent touring prior to this recording they accomplish feats of improvisation that perhaps no studio could have induced or contained.

Bookended by two versions of Gismonti’s title track, a beautiful love letter indeed to the wonders within, Haden’s 16.5-minute tribute to Dolores Ibárruri, “La Pasionaria,” lends substance to the feathers in between. The entrance of bass is as effortless as it is invisible, dropping into the foreground as it does from the line of Garbarek’s ornamental reed. Changing his Liberation Music Orchestra clothing for something more romantic, Haden offers “All That Is Beautiful” (making its first appearance on record), an emotionally epic vehicle for Gismonti, who takes seat at the keyboard and sprinkles it with clouds and weighted dew.

If these are the tire tracks left behind, then “Cego Aderaldo” is the vehicle that left them. Driven by the 12 focused strings of its composer, it keeps us balanced along the album’s craggiest terrain. Here Garbarek does something wondrous as he opens the passenger-side door and jumps over the cliff, spreading burnished metal wings across a landscape that welcomes his flight with thermals galore. Gismonti continues on, spiraling up to the apex. There he plants not a flag of conquest, but seeds of thanksgiving. From the dulcet “Branquinho,” with its distant ideas of brotherhood, to the shining reprise of “Palhaço,” his fulfilling melodies bring out the playful best in Garbarek. If there were ever any doubts about the group’s unity, let “Don Quixote” stand as Exhibit A toward quelling them. Like the novel for which it is named, it is a critique of belittlement and insincerity in a society gone mad. It moves at the leisurely pace of a mule whose grandeur resides not without but within.

Garbarek gives us a triangle of stars, including folk song arrangements that whistle through dynamic peaks and valleys and a fully opened rendition of “Spor” (compare this to its infancy in the studio on Magico). To this mysterious canvas, Garbarek applies shadow on shadow, seeking out wounds of color in the language of his band mates before diving into repose. 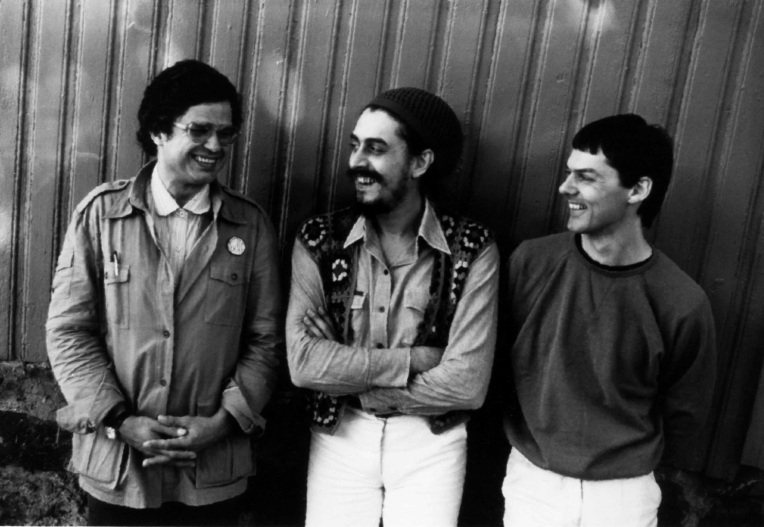 While the unity expressed by these musicians is surely enthralling, it comes closest to perfection in the monologues. Garbarek’s energy is, if I may appropriate a Douglas Hofstadter subtitle, an eternal golden braid—one that nourishes itself on the light of which it is made, self-replicating and beyond the measure of value. Haden unfolds themes fractally. Trundling through empty streets with dog-eared book in hand and love in its margins, he brings closure to uprisings of the heart. Gismonti, for his part, is as breath is to lungs.

Let their individuality inspire you to action.