Saxophonist Chris Potter does Homer’s The Odyssey jazzily in his first leader date for ECM. Joined by pianists Craig Taborn and David Virelles, bassist Larry Grenadier, and drummer Eric Harland, he dips into a sea of changes and emerges with a row of gold coins in his mouth. It is one thing to read into his allusions and programmatic suggestions for what follows, quite another to take the music on its own terms in the heat of moment after delectable moment. Not only has he taken a concept and made it his own, but he has further let the concept have a life of its own. He’s unafraid to round the corners, darken the edges, and age the surface, so that each tune is fully weathered before it reaches us, despite its nominally spontaneous creation and oxidization. In such a context, his extroversion speaks a thousand tongues. 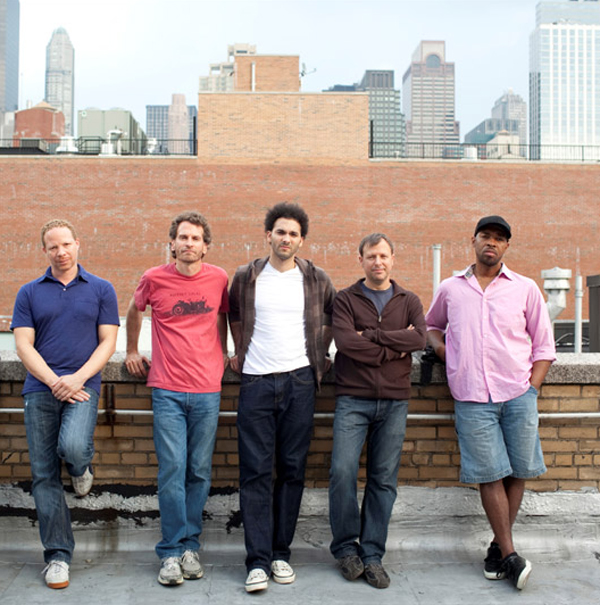 From the start, “Wine Dark Sea” proves an apt descriptor of Potter’s tannined blowing and sets a tone for this smooth, eminently drinkable leader date (his first for ECM). The cinematic writing (all but the final track were penned by Potter) and rolling pianism get us into the textuality of things with a single reed as interpreter. Potter also opens the door for a far-reaching solo from Taborn, whose recognizable tickling brings a hip, modern edge to an otherwise classic sound. Matching this fine work is Virelles, whose prepared piano adds patina to “Wayfinder.” This ebullient track dashes more than a hint of its flavor from Pat Metheny and contrasts with the opener as a way of expressing Potter’s depth of execution.

On to “Dawn (With Her Rosy Fingers),” perhaps the only Homeric ballad in modern jazz. If we are tempted to read the urban sprawl into its matrix it’s only because Potter is so adept at rendering the ancient as if it were cotemporal with our awareness of it. Grenadier’s solo captures all of this and more, flipping rocks and mushroom caps like children in search of miniscule dreams. The progressive solo from Potter is a music lover’s dream come true: fresh, welcoming, sincere. He expands his versatility in the title track, for which he cracks open a vintage bottle of bass clarinet and lets its notes air. The attention to detail is sublime, even if the music is more than that. One might expect the call of the eponymous sirens to be ethereal, floating, and divine. Yet while the bass clarinet certainly possesses these qualities in its forested way, it is perhaps not the first instrument we might choose to evoke such iconic allure. What we experience, then, is not the call per se but the wrenching thrill of that call at the cellular level, of the biological fists that clench in response to it. We feel this especially in the arco bass solo, which threads its own curse, as if on the verge of blackout. And even when the calls themselves are realized by way of tenor, the steadiness of Potter’s breath enacts a decidedly secular enchantment. That same tenor flows through the veins of the penultimate “Stranger At The Gate” (a more complexly singing track that fits Taborn’s pointillism into a lovely trio progression) and gives the disjointed “Kalypso” an epic cast. The latter’s boppish ending throws us like a stone into moonlit water.

Potter dons the sopranist’s hat in “Penelope” and “Nausikaa,” both of which give us aerial views of the album’s topography and narrative arc. Potter’s squint-worthy changes and chromatic playing flower intently, towering but never domineering. Virelles evokes the princess’s footsteps via celeste, running with piano down the slopes—only in this valley of the wind there is only music. He and Taborn settle the tab with “The Shades,” a shimmering sunset of celeste and piano only.

The Sirens showcases Potter’s most mature writing yet. His tone is robust yet crisp, weighted yet dancing. He bears his improvisatory toolkit most admirably, going from legato chains to piercing wails at the flip of a tunic. His panache is never hackneyed. This the seasoned Potter fan will already know. What separates his saxophonism on this album apart is its commitment to story arc. How appropriate he should pick a tale that survived for so long through oral preservation alone. In meshing these two “texts”—the spoken and the written, the improvised and the composed—he continues that tradition, cutting into it a rift of personal experience into which we are welcome to pour our own. And indeed, Potter structures these pieces as any good storyteller would: with introductions that hook us in and with characters that come and go as they would in real life. This is the magic of The Sirens: in mining a classic of world literature, Poptter frees its personages and places from the bondage we might expect of them. Led by motives as gnarled as the oldest roots, they wander, never lost as long as they are heard.

Writing as I am in Ithaca (New York, that is), I cannot help but feel self-indulgent in loving this scintillatingly recorded disc. Its spacious, verdant music-making has as many tales to tell as there are people to hear them. Wherever ECM might take you, be sure to spend the night here at least once in your odyssey. Destined to be a classic.