Selected Signs, I – An ECM Anthology

The essential, as the cover of ECM’s first true compilation so quietly proclaims, may no longer be visible, but it sure is audible. Unlike the classical New Series Anthology, which took an unexpected dip into ECM proper, here the label’s formative mining of (mostly) European jazz idioms (and idiom-breakers) fills in the clothing it was born to wear. Although one might expect a collection from a catalogue already so vast to span its then-28-year history, amazingly all of its tracks come from albums released in 1997, a critical year for all involved.

The disproportionate amount of material from Tomasz Stanko indicates his importance to the label (the Polish trumpeter has left one of the deepest genetic impacts on ECM’s evolution), if not also the label’s importance to him, for producer Manfred Eicher has extended such loving welcome to his formidable talent. It sparks no wonder, then, that the brooding, sweeping gestures of “Svantetic” (from Litania) should heave their weight from the start. Despite being played by a septet, the feel of it is characteristically hermetic. Like an eyelid weighted with sleep, “Morning Heavy Song” (from his quartet’s Leosia) plunges us into a thick pianistic fog. Another private sketch in charcoal, it places notes where footprints might otherwise have been and lifts us from the shadowy lullaby of “Sleep Safe And Warm” (also from Litania) like the final corner of a jigsaw puzzle destined to be incomplete.

Significantly or not, many of the anthology selections come from early on in their respective albums. As such, they breathe with storytelling power, and nowhere more so than in the bandoneón master Dino Saluzzi’s touching “Gorrión” (from his trio effort Cité de la Musique). This biological excursion was written for Jean-Luc Godard, who has in the past drawn from Saluzzi, among other ECM artists, for his intuitive soundtracks. It is not only air that courses through Saluzzi’s bellows, but also soil, family, and time. Guitarist Ralph Towner, another artist of inward renown, gives the only other solo performance in “Tale Of Saverio” (ANA). It is also cinematic, for like a Bergman film it clicks along at a ghostly pace and finds in its own reflection the arrival of memory, naked and fractured.

Ukraine-born pianist Misha Alperin’s “Morning” (North Story) cages a chamber jazz aesthetic, though its textures become rather dense as the other instruments join him, applied like foundation to give those splashes of color a surface on which to ruminate. In the humid atmosphere he creates, stillness becomes a fairytale. “Hyperborean / Patch Of Light” (Hyperborean) is a classic from Norwegian bassist Arild Andersen’s archive, one of ECM’s strongest. For all its classical associations and wandering lines, it puts a truth to heart. Like a bird with eyes closed, Andersen’s bass knows where it’s going long before wind touches feather. Percussionist and longtime Jan Garbarek collaborator Marilyn Mazur gets a brief nod in “Creature Talk” (Small Labyrinths), a twittering flyby of rainforest that lands us at the feet of the totem carved in “Desolation Sound” (Canto), a deep introduction to American tenorist Charles Lloyd’s moving art. His twilight is strong, his breath dancing from satellite to satellite. “Siegfried And Roy,” by the Michael Cain Trio (from the overlooked Circa), is another fleeting piece of chamber jazz. It is a slow pounce, a leaning of the head, a nocturne that never makes its way into recall.

Next are the keening wonders of the Joe Maneri Quartet in a haunting take on “Motherless Child” (In Full Cry), which turns the familiar spiritual into a DNA helix of healed bones. An illness surrounds these masters, for which Maneri’s reed is the cure. Kenny Wheeler’s drum-less Angel Song project gets due attention with “Past Present.” Threaded by the delicate metronome of bass and strung by hand through guitar, its memorable theme speaks in a language only it can, its breath a sunset turned into wine and poured down the throat of a dream. Jack DeJohnette’s vital contributions take shape in “Free Above Sea” (Oneness). This richly detailed piece showcases the drummer’s melodic brilliance, enhanced here by piano and icy guitar. The anthology concludes (or does it begin?) with the title track from Nothing Ever Was, Anyway, an all-Annette Peacock program featuring pianist Marilyn Crispell, bassist Gary Peacock, and late drummer Paul Motian. This is jazz flung into a wormhole and re-spun as it emerges, a body so unaware of itself that it soars.

Selected Signs creates its own sound story, the story of a label and its heartbeat, of a producer and his vision—a vision that sees as it hears. This being but a cross-section of a single year in ECM’s 40+ history, imagine what the others hold in store… 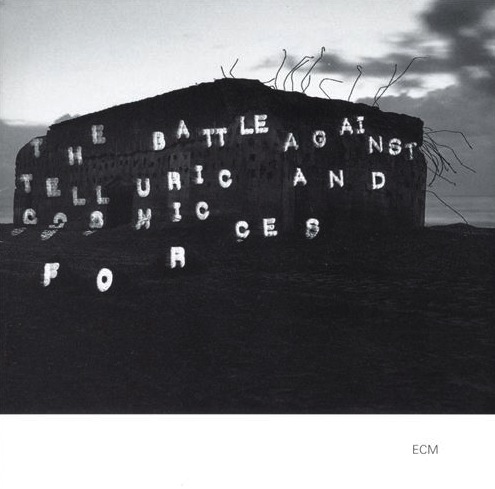