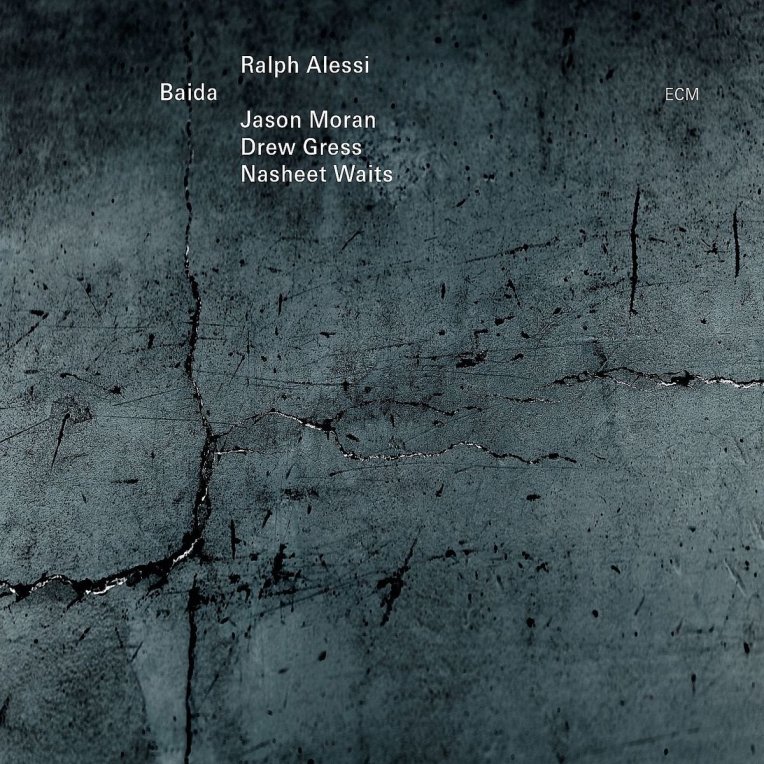 Before making his ECM leader debut with Baida, trumpeter Ralph Alessi had only appeared once for the label on 1997’s underappreciated Circa, with pianist Michael Cain and saxophonist Peter Epstein. More importantly, he had already chiseled a fine reputation for himself on the New York jazz scene as an artist of limitless versatility. At last, those not privy to club appearances can experience his craft wherever exist the means to play an album. This all-Alessi program takes flight with pianist Jason Moran, bassist Drew Gress, and, in an ECM debut of his own, drummer Nasheet Waits all on board—only here we skip the safety announcement and go straight to the comfort of cruising altitude.

The title track opens the album with the rubato, unfastened introduction that has become a defining characteristic of so many ECM jazz sessions. Alessi and Waits walk the aisles with a sputtering yet precise sort of tracery before Gress and Moran sing of destinations not yet reached until the song’s reprise, muted upon landing, gives the all clear. Titles mark each leg of the journey with divergent associations. While “Baida” proudly fronts Alessi’s daughter’s word for “blanket,” “Maria Lydia” names the one woman who would have known his own babble: his mother, gone from this world shortly after the album’s completion. In such beautifully chromatic tunes as this, trumpet aficionados will hardly be able to deny an Enrico Rava influence at work. Neither in the swinging “Chuck Barris,” in which Alessi’s bold finesse, hiply relayed over rolling snare, pays further dues to the Italian master. Here is where the melodic turbulence really sets in as our craft reaches higher velocity speeds, especially in Moran’s solo, a flailing counterpart to Waits’s textured own.

As if to belabor the analogy, “In-Flight Entertainment” brings out the band’s most clean-shaven profile and puts Gress in the cockpit. Nearby selections are no less entertaining. The tongue-in-cheek “Gobble Goblins” opens with instrumental laughter from Alessi and Moran, both of whom flex their copiloting skills and, in the balladic “Sanity,” even go blindfolded for a spell. Other slow jams include “Throwing Like A Girl” and “I Go, You Go.” In these Alessi takes a nuanced approach, his every note rippling outward through the backing trio in alluring distortions. But it’s in the subtle under-bite of “Shank” and the rolling thunder of “11/1/10” that the crew puts it all together before making its final descent.

Alessi and his band never stray too far off course, flirtation just enough with danger to keep us on our toes while balancing maneuvers as would a skilled chef his flavors. Indeed, in an industry flooded with players who are all sugar, he is that rare combination of savory and sweet that encourages repeat business. Let’s hope that formula holds.