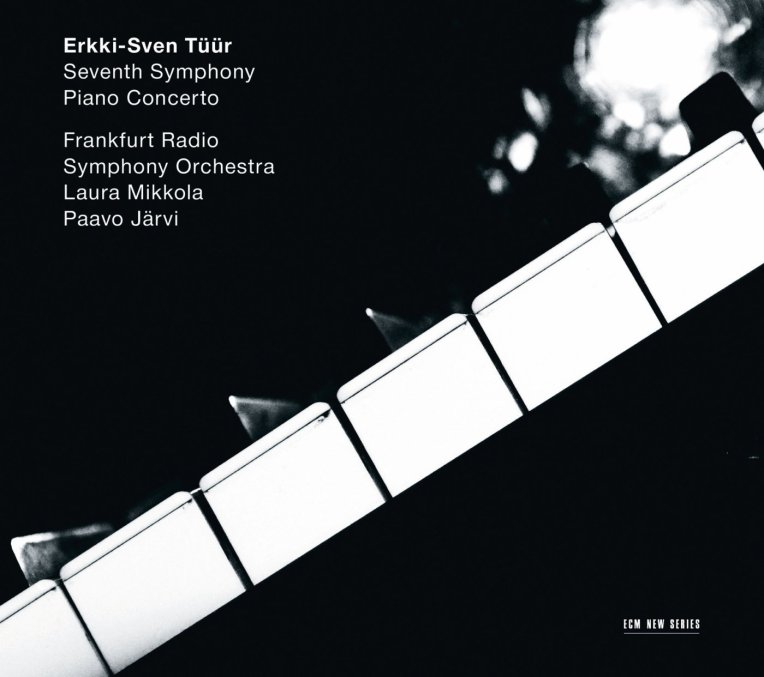 ECM’s sixth New Series album dedicated to Erkki-Sven Tüür spins the Estonian composer’s pen like the hand of a great karmic clock until it lands on some of his most ambitious writing to date. Tüür has come a long way since being introduced to ECM listeners on Crystallisatio, changing his compositional method not only nominally but also materially as he branches further into the cosmos by means of more orthodox assemblages. No longer do we get the standalone tone poems, the vocal juggernauts, or architectonic fragmentations—or, it might be more accurate to say, we get all of these together, now compounded into a fresher biological code, the dots and dashes of which find kindred souls on the pages of two massive scores in the proverbial formats of symphony and concerto.

The Piano Concerto of 2006 resounds with consciousness. Laura Mikkola is the soloist, nestled in the silvery tones of the Frankfurt Radio Symphony Orchestra, under Paavo Järvi’s erudite direction. Although the concerto assumes a tripartite structure, each movement dovetails into the next by means of an inexhaustible life force. The low piano hit and high bell that open the piece are pure Tüür: compactly dynamic and self-aware. Like the outer rim of an eclipse, it exposes arcs of fire normally obscured by the sun’s extroverted shine. This change of light allows us to see that everything is quilted. Due to its fragmentary grammar, the piano allows us to perceive only the asteroids it gifts to the atmosphere. Mikkola takes on no small task in finger-pedaling fault lines along the orchestra’s landscape. Fans will note the flutes from Crystallisatio making a distant cameo, but find them short-lived and intermittent in the grander scheme at hand. And while the piano, as a compositional tool, is this music’s genesis, in performance it feels rather like a membrane of intellectual freedom.

If the first movement is interactive, the second is retroactive. The beauties of the latter’s solo piano introduction cannot be emphasized enough. It’s wonderful to hear Tüür’s piano writing in unaccompanied snippets, for these reveal a composer who gathers his sweep with nothing wasted. The string writing in this instance is overtly narrative in style, cutting the scene with razor-thin sheets of rain and giving more pronounced voice to percussion and brass. A jazz piano trio signals the final movement, which morphs into a deep-space drone of starlight and comet-tail blues. Whether one sees such idiomatic choices as tried or true, they nevertheless tease out a playful heart beneath all overlap. 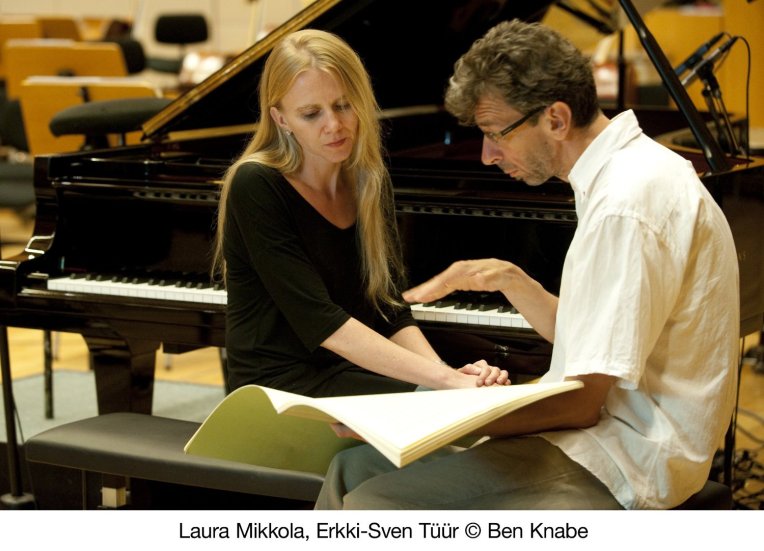 The Symphony No. 7, subtitled “Pietas” (Devotion), is something of a spiritual hodgepodge. Dedicated to Tenzin Gyatso (the Dalai Lama) and his lifelong endeavors, it pairs the same orchestra with the NDR Choir, singing words attributed to the historical Buddha (from the collection known as the Dhammapada), as well as a lyrical potpourri from such diverse sources as Jimi Hendrix, Saint Augustine, Mother Teresa, and Deepak Chopra. Any opinions about its interfaith message are easily quelled by the symphony’s command of scope, which becomes more microscopic the larger it grows. Like the minnow to the frog, it speaks in origins.

So vast is Tüür’s vision that one can hardly be surprised at the entrance of the chorus, because the singers seem built of the same primordial stuff. The relationship between elements—strings, percussion, winds, and voices—is one of neither construction nor deconstruction, for they swim in parallel. The second movement hurtles its satellites farther into space, catching them in galactic nets with athletic precision. The third begins in helical spirals of brass and timpani but becomes more jagged with polyglot idioms. This leaves the 20-minute final movement, which is a symphony unto itself. There is a thick undercurrent to the singing, as if barely hanging on for all its gravidity, which is then atomized by the orchestra’s gradual materialization. Heavenly geometries unfold overhead, even as shadows crystallize below. Strings take on increasingly vocal qualities in the “thrown-ness” of their utterances, uniting with choir into a closing benediction of vibraphone.

Tüür seems always to have abided by his own string theory and awareness of the interconnectedness of things. In a marketplace where fellow Estonian Arvo Pärt has dominated contemporary classical music’s outreach even to those professing little interest in the genre, I can only hope that Tüür will continue to gain wider recognition for his comparable mastery and that others will realize there’s a little bit of all of us in the genetic evolution of his compositional voice.