Still warm from a session with Jacob Young, Polish pianist Marcin Wasilewski’s landmark trio turns from guest to host, welcoming to its fourth ECM outing Swedish tenorist Joakim Milder for an otherwise characteristically eclectic mix of originals, outliers, and nonstandard standards. While the addition of a reed may at first seem unnecessary, emphasizing as much composed material as it does improvised, and leaving its mark on only about half of the set list, its role is crucial to not only the album’s development, but also to the trio’s own as it lengthens its reach.

Even before Milder’s entrance by way of the Wasilewski original “Sudovian Dance,” the trio’s evolutionary prowess is in full evidence on “Austin.” Being the album’s opener and also by Wasilewski, it makes a definitive statement about the musicians’ enduring patience and fortitude in kind. As drummer Michal Miskiewicz airbrushes his way into frame and bassist Slawomir Kurkiewicz drops plumb lines into the bodies of water that emerge from every melodic cell, the band’s smoothness arises not from its playing alone but more so from the mutual understanding that drives that playing to fruition. In this track especially, Wasilewski emotes at the keyboard in a way not heard since Tord Gustavsen on Being There. His minor inflections are especially savory and add to the expansion of vision. That being said, and despite the big-sky country feel, the title is meant to evoke not Texas but Austin Peralta, the prodigious multi-instrumentalist who died in 2012 at the tragic age of 22. “Three Reflections” is another trio example, and along with the arcing title track and its concluding variation caps the bandleader’s pen for this round. In all of these, Kurkiewicz tends to the flame, while Wasilewski and Miskiewicz push their interactive skills to new depths.

Milder’s contributions are most acutely felt in his own composition “Still,” which frames an urban setting with robust punctuations, and in his repeat of Krzysztof Komeda’s “Sleep Safe And Warm” (originally written for the film Rosemary’s Baby and last heard at Milder’s lips on Tomasz Stańko’s Litania). The saxophonist’s improvisations are as integral as they are caressing, ever focused more on the atmospheric potential of melody than the melodic potential of atmosphere for its own sake. Miskiewicz meanwhile proves phenomenally articulate on cymbals, while Wasilewski carries us over one horizon toward the next. 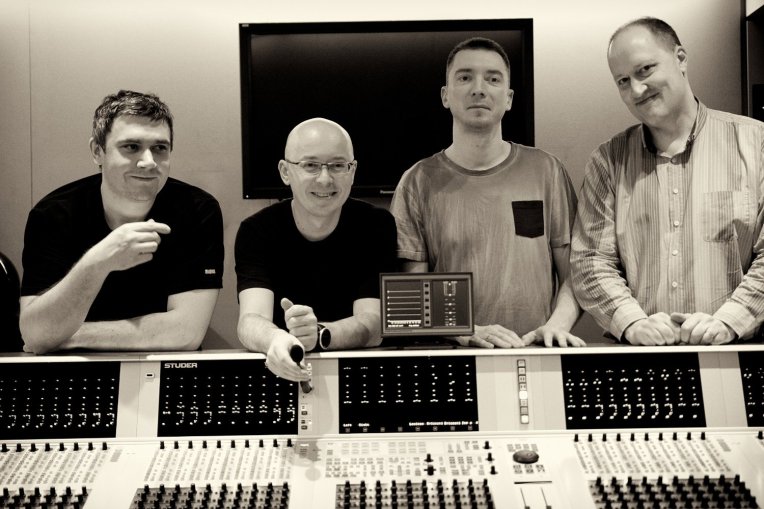 Other covers include “Do Rycerzy, Do Szlachty, Do Mieszczan” (For the Knights, the Nobility, and the Burghers), a sunlit arrangement of an already luminescent song by Polish rock favorites Hey, and “Message In A Bottle,” a throwback to Sting’s days with The Police. The latter indeed scrawls its concept of time across a curl of paper. Tossed into the ocean along with it, we feel the motion of the waves, their storms and slumbers. These and more we can read into a solo from Kurkiewicz, who digs even deeper for the interlocking groove of Herbie Hancock’s “Actual Proof,” in which distantly recorded drums blend in a psychedelic hue. Completing this album’s puzzle is the “Largo” from Grazyna Bacewicz’s 1963 Sonata No. 2 for piano. In the bassist’s arrangement, it shadows a river’s flow like the night follows noon.

The Japanese use a word, komorebi (木漏れ日), to describe the play of sunlight through trees. The term describes Spark Of Life to a T. Milder is the light, the trio its leaves and branches, and together they are a glade whose forest, one can hope, will continue to grow.

(To hear samples of Spark Of Life, you may watch the album trailer above or click here.)