Whenever we say artists have “left their mark,” we tend to mean they’ve taken something away from the surface of the context in question and left something of themselves in its place. In the case of drummer Manu Katché, however, it’s as if he has left a shadow behind—a melodic spirit, if you will—through which one might come to appreciate the glow of his music. The fact that ECM already had a fixed set of 40-album “Touchstones” series yet determined that Katché was deserving of his own outlying nod confirms this status: fully a part of the ECM canon yet always catching a thermal to the next horizon.

Touchstone For Manu is not only significant for Katché’s subtle grooves and intimate hooks, but also for attracting an all-star cast of musicians to join him in the journey. Trumpeters as diverse as Mathias Eick, Tomasz Stanko, and Nils Petter Molvær variously grace his jet streams, while saxophonists Jan Garbarek, Trygve Seim, and Tore Brunborg underscore the former’s silver with streaks of gold. Guitarist Jacob Young casts his quiet nets of influence, while pianists Marcin Wasilewski, Jason Rebello, and Jim Watson bring their distinctive touches to bear on the improvisational quotient. Bassists Slawomir Kurkiewicz and Pino Palladino round out the guest list, with Katché as maître d’. 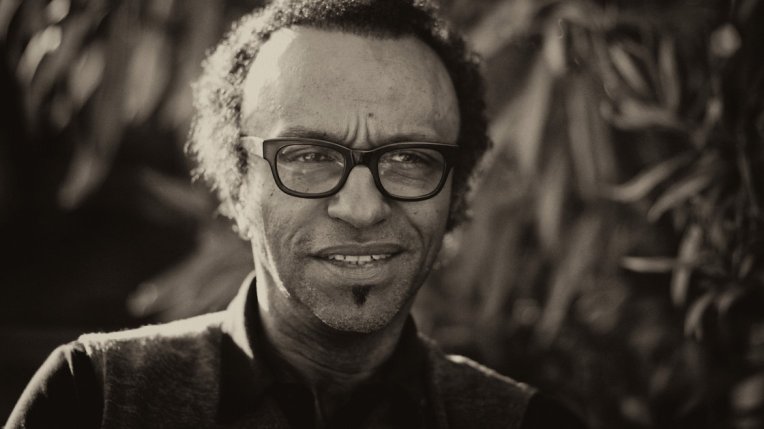 The starter is “Song For Her,” one of three tracks off his second ECM leader date, 2007’s Playground. For one who’s composing is prone to aerial atmospheres, this is an ideal place to start. Eick’s trumpet is a fine vehicle both here and in “So Groovy,” which in title and realization might as well be Katché’s mission statement. Proof also that, while these may sound to some like nothing more than simple exercises, a closer listen reveals the depth of talent needed to express their simplicity. The tonal purity of the musicians involved is no small feat, and to give this music the attention it deserves requires of the would-be Katché interpreter total commitment to feel and structure. Just listen to the synchronicity of Kurkiewicz and Katché as they navigate the changes, and Wasilewski with them as he dabs his spontaneous commentary during a stretch of downtime. Such decisions require a tactile, careful ear. In “Morning Joy,” too, we feel that artfulness of participation, and find further evidence of Katché’s diversity. He can linger with languor, laugh in slow motion, and soar on wings of memory rather than of matter.

Before the first and second tunes of this playground, however, we zoom out to reveal the 2005 ECM debut, Neighbourhood. As my first encounter with the drummer, it has always been a personal favorite, but regardless of your album affiliations it’s difficult to deny “Number One” as one of his most exquisite tracks on record. For starters, it boasts the finery of a dream band, fronting Stanko and Garbarek over two thirds of the Wasilewski trio and Katché’s metronome. The set-up to its piano-driven groove shows patience, tracing rims and cymbals in preparation for “Take Off And Land.” The pianism is top-flight, as are contributions all around, each playing an equal role in a macramé of forces.

From Katché’s 2010 Third Round we get the uninterrupted triptych of “Keep On Trippin,’” “Senses,” and “Swing Piece.” These represent the more upbeat of Katché’s albums, and one brimming with happiness. Palladino’s electric bass is a welcome color change next to that organic kit, and has a more focused sound in trio with Rebello’s piano. Young’s guitar and Brunborg’s soprano add water and light, respectively, in the first tune, while the second and third, smooth as an ice skater’s blade, take the leader’s egalitarian aesthetic to new depths.

When Katché gave an interview to NPR about his 2012 self-titled album, he discussed, among other things, the importance of tuning his drums throughout the recording process. I’ll never forget reading an online comment by someone who balked at this idea, claiming it as the mark of a “musical imposter.” Trolls will be trolls, but it bears elaboration to say that many drummers across genres, cultures, and time periods have relied on the benefits of tuning to match their instruments with others in an ensemble. Where, for example, would an entire tradition of Indian tabla playing be without it? Or, for that matter, the western classical orchestra, in which the timpani—which Katché studied at the Paris Conservatory—must be precisely tuned to suit the needs of the score. The tuning is obvious from the three selections of that album here. Just listen to the way in which his snare and cymbals seem to sing in “Running After Years,” a track that further shows Katché at the height of his compositional powers, blending all the characteristics of his previous efforts into a fresh and all-inclusive sound. Molvær is an ideal addition to the drummer’s evolving nexus, his resonant horn careening through the clouds with an attunement all his own, as Brunborg’s tenor traces parabolas alongside Molvær’s plane trails and Watson’s pianism reminds us of the earth we’ve left behind.

In “Slowing The Tides,” Molvær employs a technique made famous by Jon Hassell, adding harmonies by singing through his trumpet. Watson’s Hammond organ, here and on the final track, “Bliss,” adds simmering heat. Katché’s robust beat engenders wry twists from Watson, playing us out from a program of shape and shift. So are we reminded that no fireworks are needed to create wonderment in rhythm. Sometimes, a groove just needs room to grow.