After two eminent quartet outings for ECM, The Distancedemonstrates Michael Formanek’s redefinition of big band jazz. Although the bassist and composer cites influences as diverse as Olivier Messiaen and Charles Mingus, his music is more than the sum of its parts, a palette that yields fresh hues with every listen. Drawing on talents both within and without his usual camp, the album pays equal tribute to the known and unknown and activates the sound of each and every player.

Most of this sonic continent is inhabited by denizens of Formanek’s octagonal Exoskeleton Suite. The suite is introduced by a prelude that embodies its title better than anything that follows it. The bandleader’s soloing indeed acts like a protective shell around the many chemical reactions taking place within it. Analyzing them with scientific precision are pianist Kris Davis and drummer Tomas Fujiwara, both of whom turn method into esotery in compact sweeps of accord.

In light of this opening statement, “Part I – Impenetrable” feels like newfound freedom. Pewter cloudbursts give way to Loren Stillman’s nostalgic altoism, which like a child overturning a log uncovers a wriggling ecosystem that would otherwise remain hidden. “Part II – Beneath the Shell” fast-forwards into evening, where a groove inhales the secrets exhaled by its predecessor. Chris Speed works his tenor into the very heart of things, while Kirk Knuffke’s cornet flickers like a candle in a room that smells of rum and ink. “Part III – @heart” is a showpiece for trombonist Ben Gerstein, whose elicitation of harmonics and other peripheral signatures works into a string-bending, metallic fringe of extreme beauty.

“Part IV – Echoes” is a rift in vast ocean waters, of which trumpeter Ralph Alessi and trombonist Alan Ferber are master navigators. Where Alessi cuts his map with an X-ACTO knife, Ferber glues those pieces into a new one, leaving guitarist Mary Halvorson to recalibrate the compass in “Part V – Without Regrets.” Taking the flow into unexpected directions, she forges a chamber aesthetic to the rhythms slithering between her strings. “Part VI – Shucking While Jiving” features a string of brilliant soloists, including Tim Berne on baritone saxophone, Brian Settles on tenor, Jacob Garchik on trombone, and Jeff Nelson on bass trombone. This one marks a tectonic shift in place and time. Smooth yet also pockmarked with worthy interruptions, its atmosphere combusts by influence of ecstatic kinesis. “Part VII – A Repitle Dysfunction” returns to the fragmentary intimacies of Part V, only now with the wall-breaking marimba of Patricia Franceschy and clarinet of Oscar Noriega. Fujiwara and Davis, too, shine through the ruins with their ancient light, as precise as an eclipse. All of which funnels into “Part VIII – Metamorphic,” a collective improvisation for the full ensemble that describes a landscape formed as if through-composed. 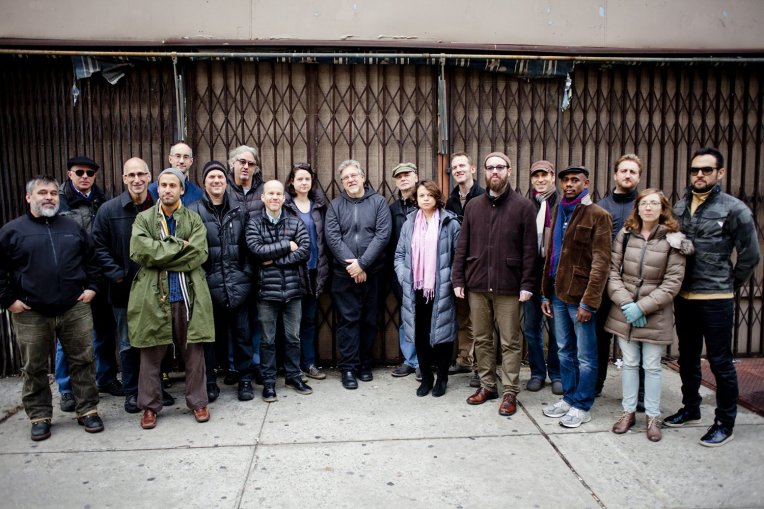 The suite’s prelude is itself preluded by the title track, which eases Settles onto a locomotive track of horns and brushed drums. The force of it moves just so, blurring trees on its journey toward empty coastline. In a development so misty and cinematic that it could almost be mistaken for a Gavin Bryars ensemble piece, it interlocks with its surroundings—less like a puzzle and more like a leaf among a spray of others.

Formanek has always been unafraid to bend his scores to their limits and let their rougher edges flap for want of new connections, but here his art achieves even deeper relevance in that regard. The result is not a message in a bottle, but a bottle in a message.