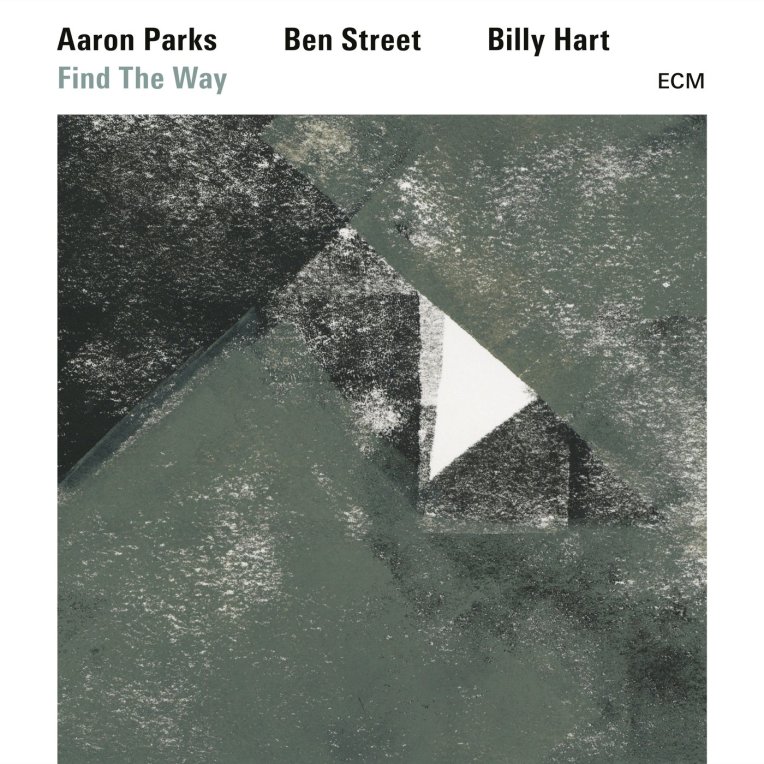 The first time that Melquíades’ tribe arrived, selling glass balls for headaches, everyone was surprised that they had been able to find that village lost in the drowsiness of the swamp, and the gypsies confessed that they had found their way by the song of the birds.
–Gabriel García Márquez, One Hundred Years of Solitude

After making his lauded ECM debut with Arborescence, Aaron Parks returns with his first album for the label as bandleader. Featuring an enviable dyad of bassist Ben Street and drummer Billy Hart, Parks’s outfit is melodious enough on paper before PLAY is even pressed. I caught up with the pianist and composer via phone to ask about his experiences making Find The Way with producer Manfred Eicher:

“By the time Manfred and I began discussions, I had been working with this trio for a number of years already, and mentioned it to him as a band of special energy. Later on, as it turned out, we had a six-day tour in the UK. I had it in mind to capture the band in the studio right after the tour, and he was into the idea.”

Special energy comes across as an understatement when the different generations represented in each player align as if by genetic suggestion. Track 5, “The Storyteller,” is an emblematic summation in this regard, for like an oral storyteller Parks focuses on the integrity of plot arc without privileging any word over another. This dynamic is as conscious as it is inevitable, given the simpatico atmosphere in which the trio operates:

“At our best, we felt like one organism. You can hear that especially later in the album’s sequence. Being in that environment, hearing it back in the studio, makes you play differently, as does having Manfred there listening. I went into that session with the idea of radical surrender. With the trio in general, I’ve got my compositions, but Ben and Billy create a context for me to let go of them and explore together.”

Although “Adrift” was recorded second, upon hearing it Eicher immediately knew it would be the first track of the record. So it goes when a trusted pair of ears notices things of which sometimes not even creators themselves are aware…

“We were really sequencing it on the fly as we went along. There’s an interesting architecture, intended or not, in the sequence. The tunes at the end are solidified, while “Adrift” feels tumultuous to me, as if we might not make it out alive. We’re all coming from different angles at once, circling the beat by virtue of a common gravitational pull. And in general, there’s a feeling throughout the record of gradually achieving solid form.” 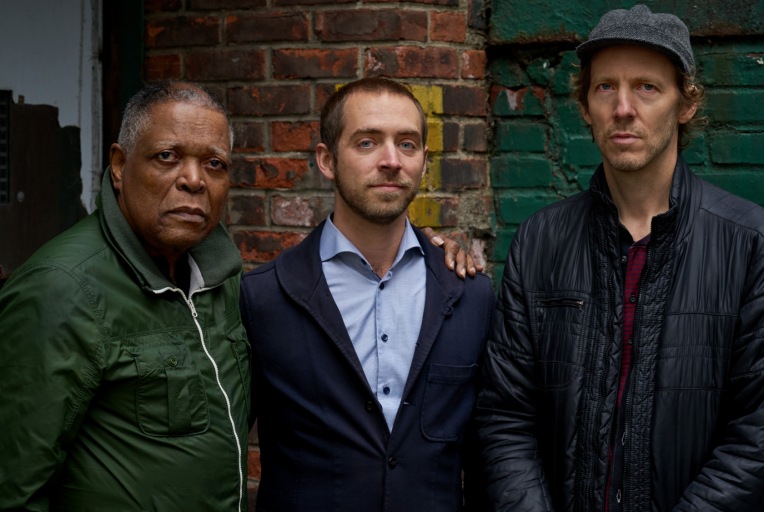 As it stands, the set’s opener lands us softly into its seascape, folding wings made not of feathers but vinyl, beating hard against the sun in defiance of Icarus’s folly. Across the spectrum of “Song For Sashou” (a bossa nova for a dear friend), “Unravel” (a connective introspection), and “First Glance,” we encounter laid-back yet fully rendered images in which Parks gets every last molecule of pigment out of his sonic paintbrush. Gentle on the ears yet even gentler on the heart, his solos read like love letters, balancing prosody and poetry while avoiding the temptation to self-edit as he writes. He lets everything go, giving more than taking, his chords swept like a pond’s surface beneath willow branches.

The title of “Hold Music” is something of a misnomer. Sounding nothing like the vapid pedantry one usually encounters in a maze populated by customer representatives, it delineates an emotional pause for reflection that keeps us steady while the world rushes by on its own path to self-destruction. Hart’s depth-soundings here reveal the piece’s original conception as a “miniature drum concerto.” Park goes on:

“I used the same 15-chord sequence in an old tune called ‘Chronos,’ which appears on James Farm [Nonesuch, 2011]. Something about those chords takes me to outer space every time, so I decided to revisit them here. I think of the title in terms of creating a space to hold this music. Also, in this song you’re waiting for something that never really happens.”

Throughout Find The Way, transitions are never oversold. “Alice,” taking inspiration from the selfsame Coltrane, is a syncopated wonder, marking differences not only within its borders but also between them and surrounding territories. Over shifting tectonic plates, it works its way into a bluesy froth, spreading across shoreline like butter over toast until it melts: a memory to be savored. The equally evocative “Melquíades,” named for a character in Gabriel García Márquez’s masterwork, reads fantasy into every note. The album finishes with the title track, the only not by Parks. Written instead by Ian Bernard and first sung by Rosemary Clooney on 1963’s Love, it closes the door in bliss.

“The tune has always stood out to me for its beauty and oddness: asymmetrical form, 7-bar A sections, playing with minor and major tonalities in unexpected ways. And the lyrics are so sad and strange. I’d known I wanted to cover it for a long time. And it felt so natural with this band. Billy’s performance on this one is just astonishing to me.”

But so should it all astonish, for the album’s banner of coexistence is something we can all uphold. In its shadow, we enter a natural order of things, where everything is a balance of safety and unpredictability. And because ECM has always thrived in such soil, there could be no better home for this music to have taken root.