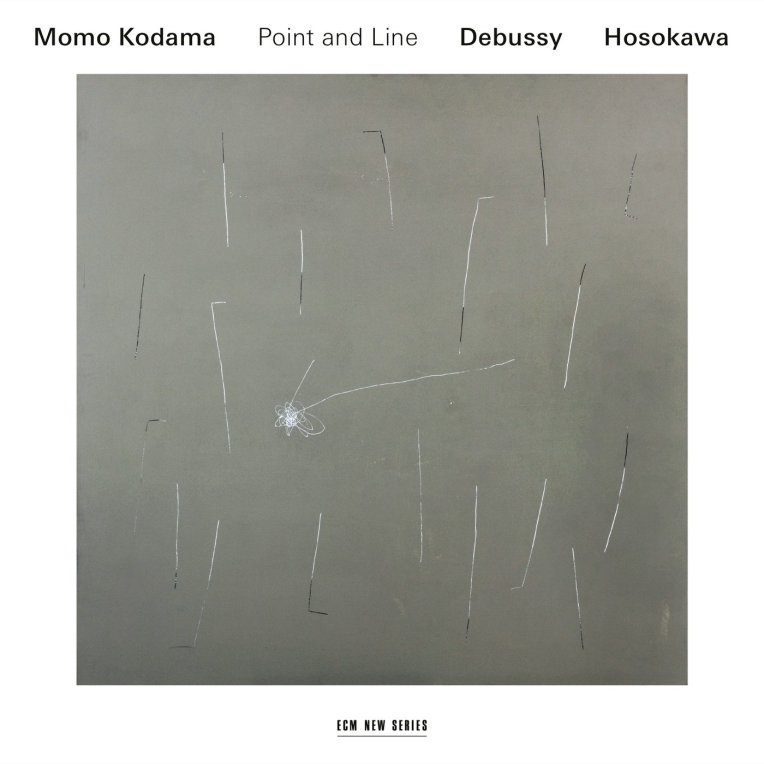 Four years after making her ECM New Series debut with La vallée des cloches, pianist Momo Kodama returns with a program that is equally adventurous in expectation and inevitable in hindsight, this time shuffling the Études pour piano, L 136 (1915) of Claude Debussy (1862-1918) and Etude I-VI for piano, SJ 1180 (2011-13) of Toshio Hosokawa (b. 1955) into an integrated experience. Having performed both cycles separately, here Kodama imagines them in dialogue with each other. “A number of elements in Hosokawa’s music,” she writes in her liner note, “make me sense a proximity to Debussy. One is the freedom of its formal design; another is its interplay and layering of colors. What I fins especially remarkable in both is a capacity for poetic utterance and ranges widely between lyricism and drama, between meditation and virtuosic display.” As in acts of translation between languages, what separates is also what binds, and Kodama is a masterful interpreter in that regard, fluent as she is in every dialectical nuance at hand.

“Hand” is indeed the operative word, as Kodama’s parallel communicators ride over the intimate cascades of Debussy’s Etude XI before swirling the waters below in defiance of prettiness. Thus, whatever conversational approach we might attribute to process isn’t necessarily between two (or more) people, but rather between different shades of the same musical self. Kodama’s rendering thereof illuminates a cohesive identity, and she, as surely the composers themselves, revels in disruptions, treating each as an opportunity for productive change.

Hosokawa’s Etude II, from which this album get its name, takes its descriptive heading with beautiful literalness, contrasting sustained notes and dotted clusters, the latter as sprays of baby’s breath in a wider bouquet. A spirit of favorable conflict prevails, as also in Debussy’s Etude III, wherein points and lines are converted into poetry. Not that what follows is a series of impressionistic vignettes, but a space in which every utterance counts. As dynamics lob from soft to loud and back again, we are primed for the versification of Hosokawa’s “Calligraphy, Haiku, 1 Line” (Etude III), of which dramatic outbursts amid resonant silences become organic allies.

As the composers continue to seesaw between foreground and background, something surprising begins to happen: we begin to lose track of who wrote what. For while the reveries of Etudes IV and VIII have an obviously Debussean flavor, we might also read distinctly Hosokawan associations into the second and first etudes. And while the tail-chasing details of Hosokawa’s first and fourth etudes reveal a childlike dedication to play (the latter’s subtitle, “Ayatori, Magic by 2 Hands, 3 Lines,” makes reference to the cat’s cradle game), his respect for Debussy peeks from behind the curtains of “Lied, Melody” (Etude VI), a high point that pushes darkness and light through lattices of memory.

Retrospection seems equally vital to sustaining Debussy’s mocking Etude I and Hosokawa’s visceral “Anger” (Etude V), and by the emotional clarity of those expressions turns anticipation into reflection. Like Debussy’s Etude VII, they draw a compass between our ears, for while the notes may go up and down, the hands travel right and left, leaving us with a navigational instrument to cherish as we leave this land behind into uncharted waters.