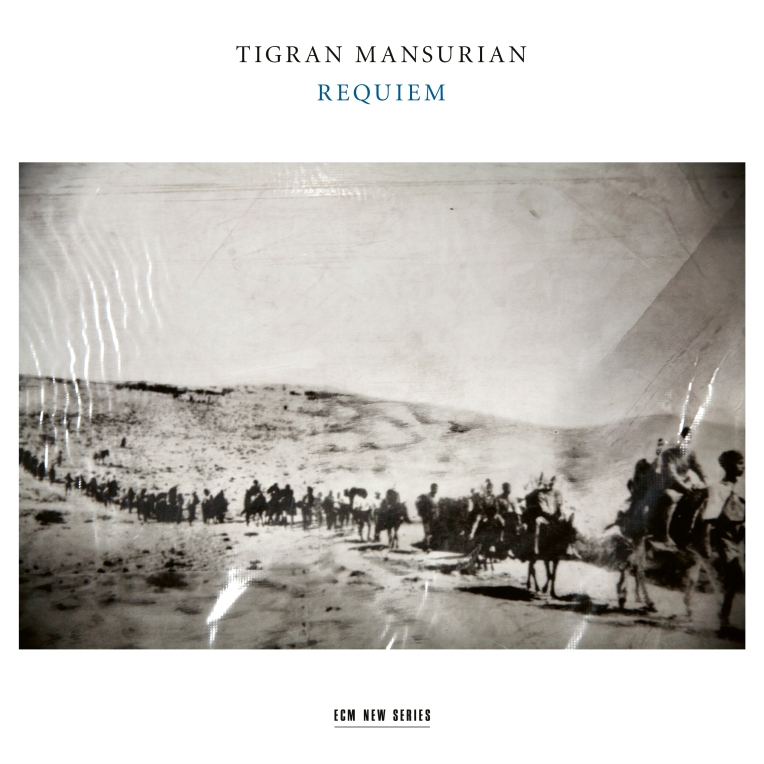 ECM’s sixth album dedicated to Tigran Mansurian is a reference recording of his Requiem. Dedicated to victims of the Armenian genocide in Turkey that killed approximately one million people between 1915 and 1917, and composed a century later, it blends Continental and Orthodox traditions in a manner that is as unexpected as it is creatable by no other author. “The essence of the problem,” notes Mansurian of his process this time around, “was the existence of certain differences in the readings of religious texts between the Armenian Church and, say, the Roman Catholic Church. The psychology of a believer who represents a nation that has long been without an independent state differs sharply from the psychology of a believer at whose back stands a powerful religious community and centuries of independent statehood.” In this respect, he isn’t simply composing in a liminal space but also inviting the listener to light a candle in that space and pray in its glow.

A requiem challenges anyone wishing to write one, and for some has been a rite of passage. Mansurian struggled with the form for years, writing a handful of distinct attempts before abandoning them in favor of the one gifted to us here. Although scored for soprano, baritone, mixed chorus and string orchestra, its collective spirit renders those solo roles—filled with emotional veracity by Anja Petersen and Andrew Redmond, respectively—in the “Tuba mirum” and “Domine Jesu Christe” as something more than representational; rather, they are two rays in a sun’s worth of individual voices. In humbler terms, their relationship to the larger assembly is as leaves to a tree, crying for acknowledgment with what little water they have left before their severed roots catch up with them. Such acts of violence, themselves stemming from a dark place, nevertheless confirm God’s grace to pull tortured souls from a tragic world into one that never trembles in fear of mortal sin.

Before we tread too deeply into these forests of mirrors, we begin with an airier “Requiem aeternam,” in which unrequited lives hold their hearts in their hands. Strings shift eerily from foreground to background in metaphysical exchange, presaging their playful relationship to choral motives in the “Kyrie.” Dances are brief and unsustainable, flowing like two separate rivers joining to cascade over the cliff of the “Dies irae.” Their urgency is jagged yet interlocking: a puzzle of mortality putting itself together despite our best attempts to upset it. The suspended animation of the “Lacrimosa” is echoed in the meditative “Agnus Dei,” and between them an insistent “Sanctus” which creates its own call and response of spirit, flesh, and remembrance.

Listening to Mansurian’s Requiem is like watching a film that weaves archival footage into freshly choreographed scenes of historical reckoning. It’s as if the cover image, depicting Armenian deportees trekking through the desert toward Aleppo, Syria, were coming to life, every figure contributing to the prescience of the whole, shaking their heads at what we have become.