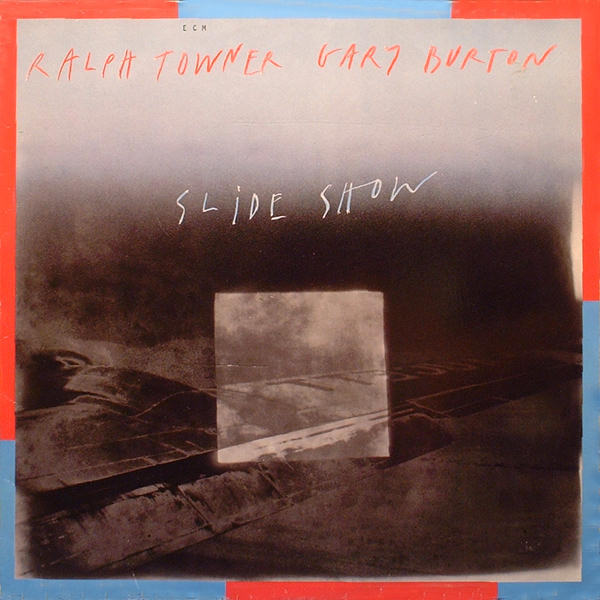 When one thinks of pairing vibraphonist Gary Burton with another soloist, Chick Corea comes foremost to mind. Burton’s work with guitarist Ralph Towner could hardly be more different, for where the former configuration funnels into a colorful storm of activity, in the latter we find far more intimate gestures articulated in monochrome. Case in point: “Maelstrom,” which starts us on the inside, spinning on its edge like a coin teetering at the promise of rest. Towner is as delicate as ever, fitting his harmonic staircases into Burton’s Escherian architecture with ease. This piece also highlights Towner’s compositional talents, which make up eight of the album’s nine tracks (the only exception being the slice of sonic apple pie that is “Blue In Green”). Towner and Burton frequently swap roles (“Vessel” being one notable example) and do so with seamless charm. Between the waking dawn of “Innocenti,” which features a rare turn from Burton on marimba, and the flurried “Around The Bend,” there is plenty of range to delight and calm the senses in turn. In the latter vein, we have “Beneath An Evening Sky,” a canvas of hues as muted as its title would suggest. The combination of Towner’s twinkling 12-string and Burton’s “vibrant” aurora lures us into a life of fantasy, where “The Donkey Jamboree,” a jocular ditty comprised of slack guitar and marimba, gives us a taste of sand and sunlight. “Continental Breakfast” (compliments of the Hotel Hello?) keeps the energy going in a travelogue of morning train rides, while “Charlotte’s Tangle” loosens the seams of the sky above.

This follow-up to the duo’s 1975 Matchbook is every bit as lovely as its predecessor, only this time around the atmospheres are deeper, richer with detail. Worthy.